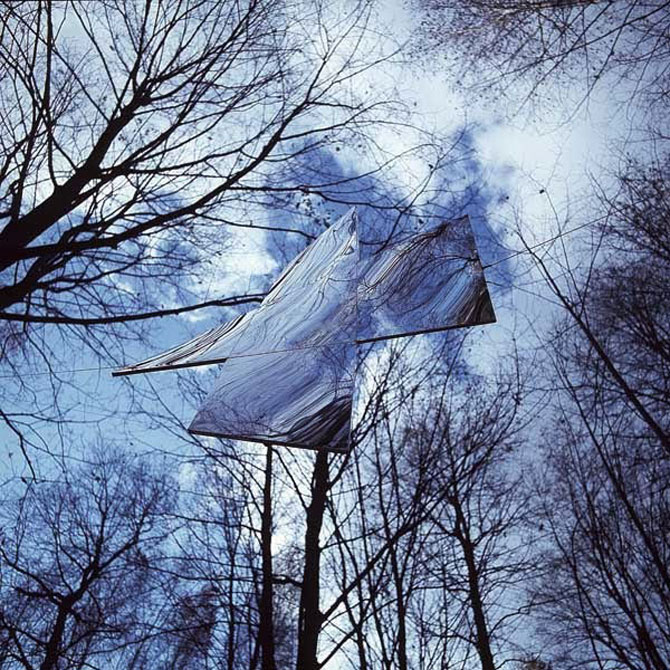 Francisco Infante-Arana is a Soviet artist born in 1943 in Vasilievska in the Soviet Union of a Russian mother and a Spanish father. After studying at the College of Applied and Decorative Arts in Moscow, he founded the Movement Group in 1964. Considered the first artist of the Russian avant-garde, Francisco Infante-Arana develops his work around the reality of the impossible, the paradoxical possibilities and the infinity of the cosmos. It was in the mid-1970s that he began to think about the combination of the creation of an object according to a geometric artistic form and its links with its environment, altered or transformed by the very presence of the object. Refusing the use of photoshop, the artist develops a series of mirror sculptures, which once placed in their environment come to transform, interrupt or sublimate it.

Between kinetic art and landart, the works of Francisco Infante-Arana are strange and complex structures that question the landscape around and by the same the notion of creation. Its installations in the wild, by definition wild, transform reality and give it to a certain extent discipline, rigor and symmetry.