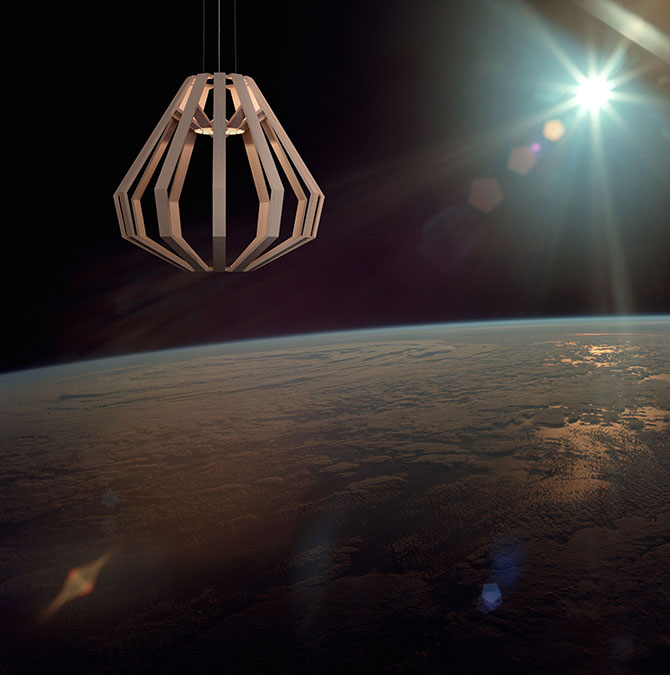 Apollo 8, Woodlabo, 2014 Originally, the Woodlabo workshop was created in 2010 by designer Gaël Wuithier in Finland. His experience in the development of spaces, such as the Broken Arm shop in Paris and, more generally, in architecture and hotel projects, led him to develop the Woodlabo publishing house in Bordeaux . Strongly inspired by NASA in the 1960s, the creations of the workshop want to talk about dreams and constantly remind us of the importance of keeping our eyes turned to the stars.

The first light in this new collection, Apollo 8, is a wooden structure (oak, beech or ash) of twelve branches assembled by two aluminum discs. It evokes the control module of the Apollo ship in which three astronauts are staying on mission.

After Apollo 8, the launches of Goldstone deep space and LM 5 Eagle will be launched, which will enrich the collection by the end of 2014.