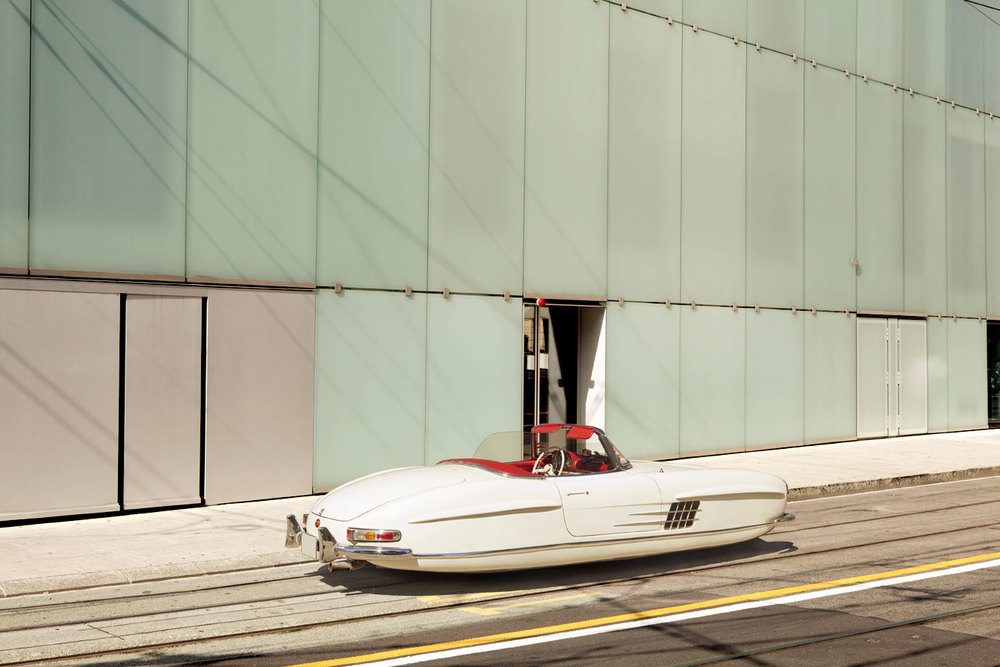 Renaud Marion – Drive me to the moon

The Wanderer serie, Renaud MarionRenaud Marion is a photographer from the French Alps who lives and works in Paris. Lovers of the ordinary, it sublimates it in its clichés of landscapes with a thousand details, or transforms it – as in its series Air Drive. Vehicles emblematic of the automotive landscape fly in a sober and fixed architectural framework, symbol of a certain modernity, charming and ethereal. The reference to science fiction films and the spirit both romantic and retro of his images seem to belong both to the future and the past.

In his photographs, Renaud Marion develops his childhood visions when he imagined himself in Paris after the year 2000. This spirit of weightlessness and lightness with retro aesthetics and class is found in most of his clichés, Whether they be images of architecture or landscape. Renaud Marion regularly works for communication agencies, architects, decoration magazines and travel magazines.

The photographer is represented by the Eleonore Charrey Gallery in Paris. His Air Drive series is published in the latest issue of Cercle Magazine: science fiction.