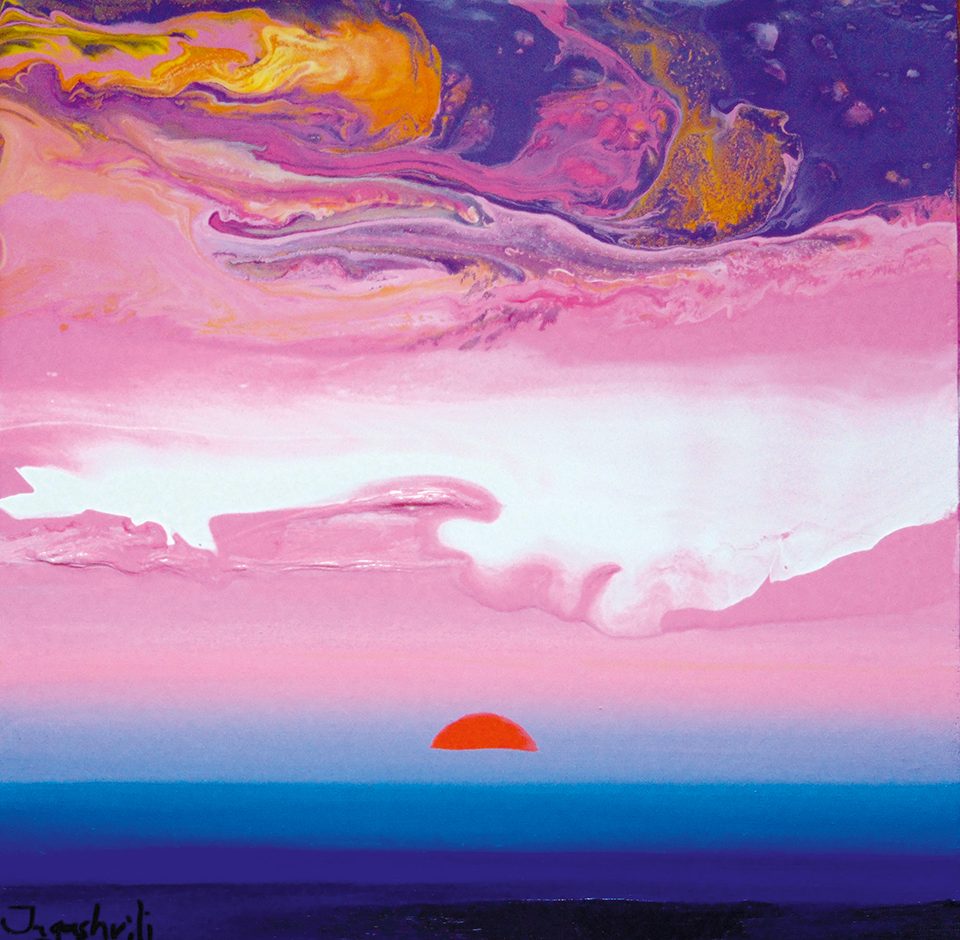 Jacob Jugashvili was born in 1972 in Tbilisi, Georgia. After studying in Moscow and Tbilisi, he graduated from the School of Fine Arts in Glasgow in 1997. Rear grandson of Joseph Stalin, he is closely involved in the Russian Federation politics and is often severely criticized for its positions. His work, on the borders of abstraction, depicts a colorful and atmospheric world. The painting of Jacob Jugashvili now touches the international sphere and has integrated many private collections around the world.