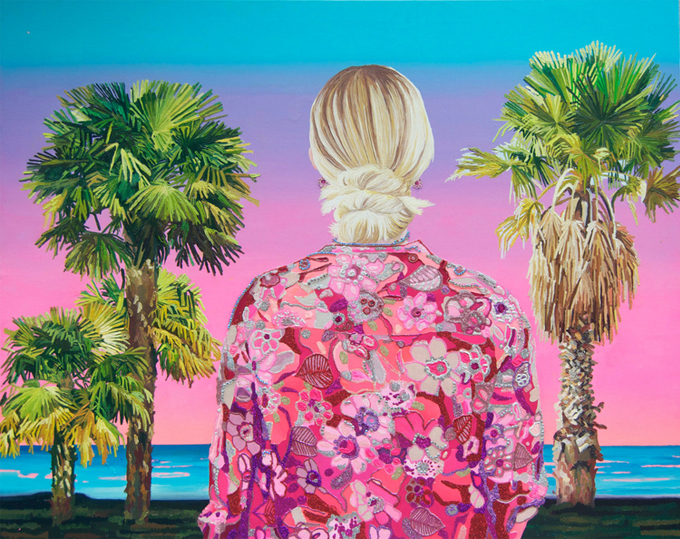 Born in 1987 in Zaragoza, Spain, Alejandra Atarés lives and works in Barcelona. In her Retratos series, she paints cinematographic portraits, that seem almost romantic. The character is always depicted from the back, centered, facing a heavenly and near-fantasy landscape. The pop vivacity of the colours is striking. Different textures are mixed with paint, such as glitter, paper or glass. Celebrities like Paris Hilton or Lindsay Lohan mingle with the anonymous, thus finding themselves demystified. A nostalgic impression emerges from the series. The viewer is immersed in the memory of the protagonist, always placed behind her and contemplating the landscape. Atarés revisits popular culture by reinterpreting the codes of bad taste and producing a series of glamorous and opulent pictures.