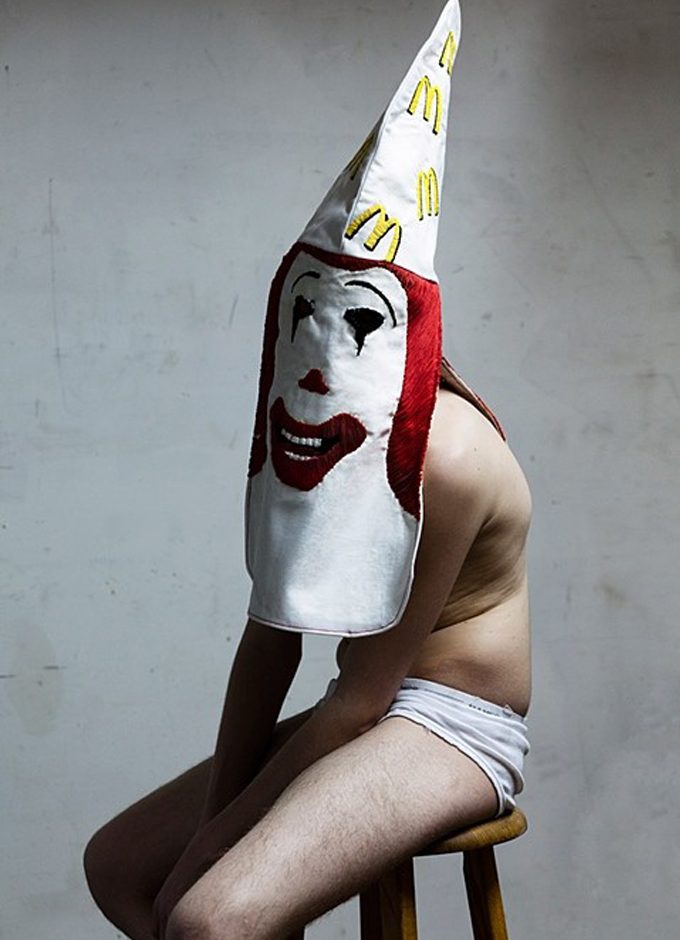 Erik Bergrin is a young New York artist. Self-taught, he began his career by creating costumes to wear for nightlife, while studying psychology in college. As his hobby grew, he got his first job in a puppet shop, sewing costumes and mascots. After having had multiple jobs at various stores, he found a full-time position in a costume shop in Broadway specialized in historical replicas. There, Bergrin was able to significantly improve his technical skills and shortly after started following classes at the Fashion Institute of Technology. Sorts of wearable sculptures, his costumes are the product of experiments. In 2011 and 2012, he produced derivative KKK masks using various surprising materials: half-consumed cigarettes, wood, nails, etc. He also created the Sad Cocoon, a transcription of emotions flowing on a “brick wall”. His work has both a comical and a unsettling dimension.