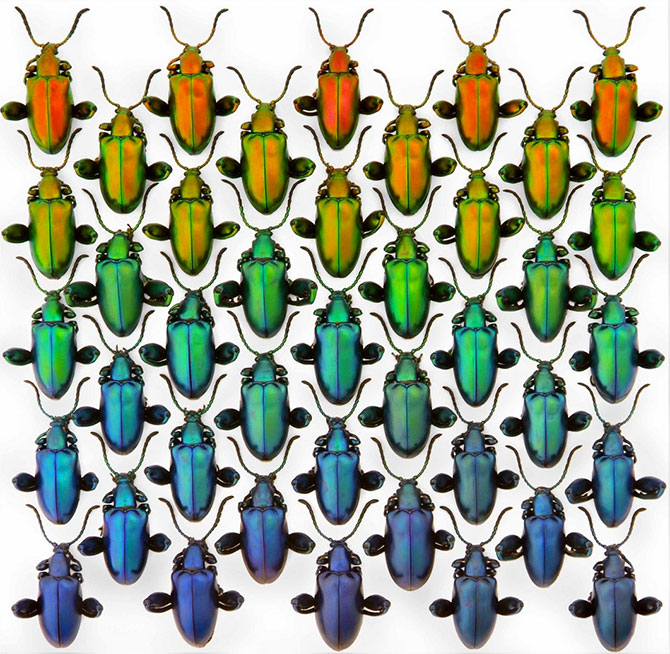 Christopher Marley lives and works in Salem in the United States. For several years now, this artist of the living has traveled the world in search of specimens of obscure and visually interesting insects. The goal of Christopher Marley is to reveal his conception of the natural world in a masterful approach. A passionate naturalist, the artist has long considered insects as parasites of nature, evoking disgust and repulsion. It is with a designer eye that he begins to glimpse the artistic perspectives or even elegance inherent to insects.
After having long avoided them, Christopher Marley discovers then the beauty and the refinement of these numerous creatures. Once the basic material of the artist’s work, the insects are first dried and then arranged in the most clinical way possible according to their formal characteristics. The symmetrical and antiseptic aspect of Marley’s compositions reveals the architectural marvel of each species.
The reference to the boards of naturalization and the systematic avoidance of the “natural” representation of the beast give it an inescapable graphic force. Colors and textures of the bodies take over the identity of the insect. Christopher Marley initiated numerous series on insects, but also on minerals, shells or other inanimates.

Christopher Marley’s work can be found in the pages of Cercle Magazine N ° 3.