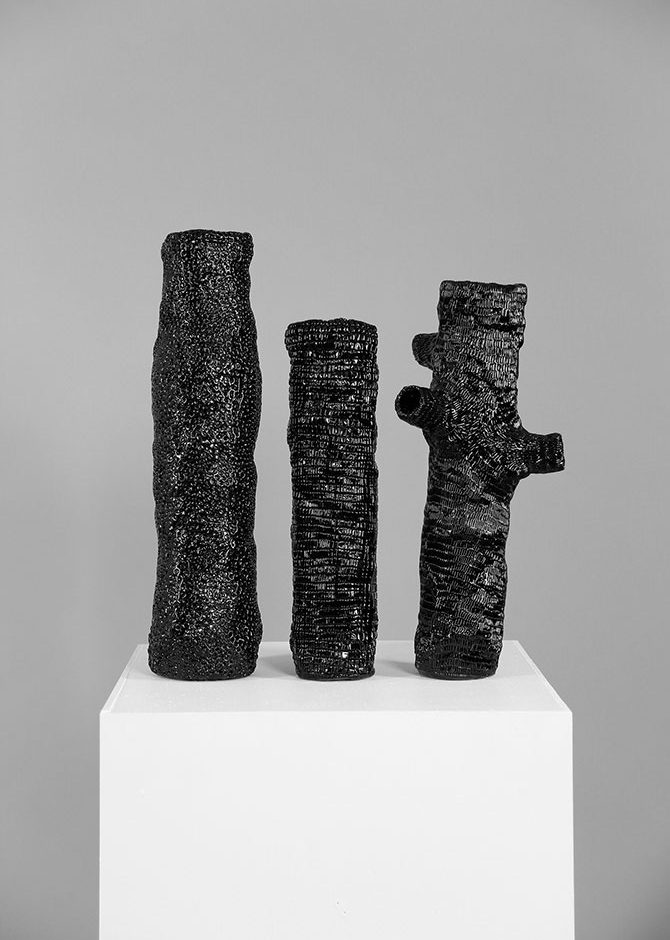 From Insects by Marlène Huissoud

Marlene Huissoud, a French experimental designer based in London, is convinced that we have a lot to learn from insects. In its project From Insects, she develops new materials in collaboration with insects. Of the bee-resin more precious than crystal and cocoons of silkworms as resistant as leather, here are the materials with which the future will compose.
After studying at the Central Saint Martins in London, Marlène Huissoud decides to take a close interest in the materials designed by insects, especially bees and silkworms.
“The whole process of research and experimentation of the project From Insects lasted about six months during which I tried to push the limits of the two materials that I used that come from the world of insects. For the bee resin, it was obvious that it was very close to the glass. That’s why I worked with glass blowers to try all the possible techniques with the bee resin: glass blowing, Venetian technique, engraving on glass … The Wooden leather as for him Is created from cocoons of Indian silkworms. These cocoons are like onions and are made up of multiple layers of fiber. Using a fine needle, I had to decompose hundreds (or even thousands) of these cocoons to extract the fibers one by one. ”
Marlène is currently working on a new series of objects that will be presented at the Prague Designblok and the London Design Festival. In parallel, a unique piece will be exhibited at the Galerie Chamber in New York. His work is exhibited until September 2015 at the Design Parade of Villa Noailles in Hyères and is also present at Disseny Hub Barcelona until October 2015.


His Passionswege project will also be visible during the Design Week in Vienna. Marlène Huissoud was interviewed in the pages of Cercle Magazine N ° 3.