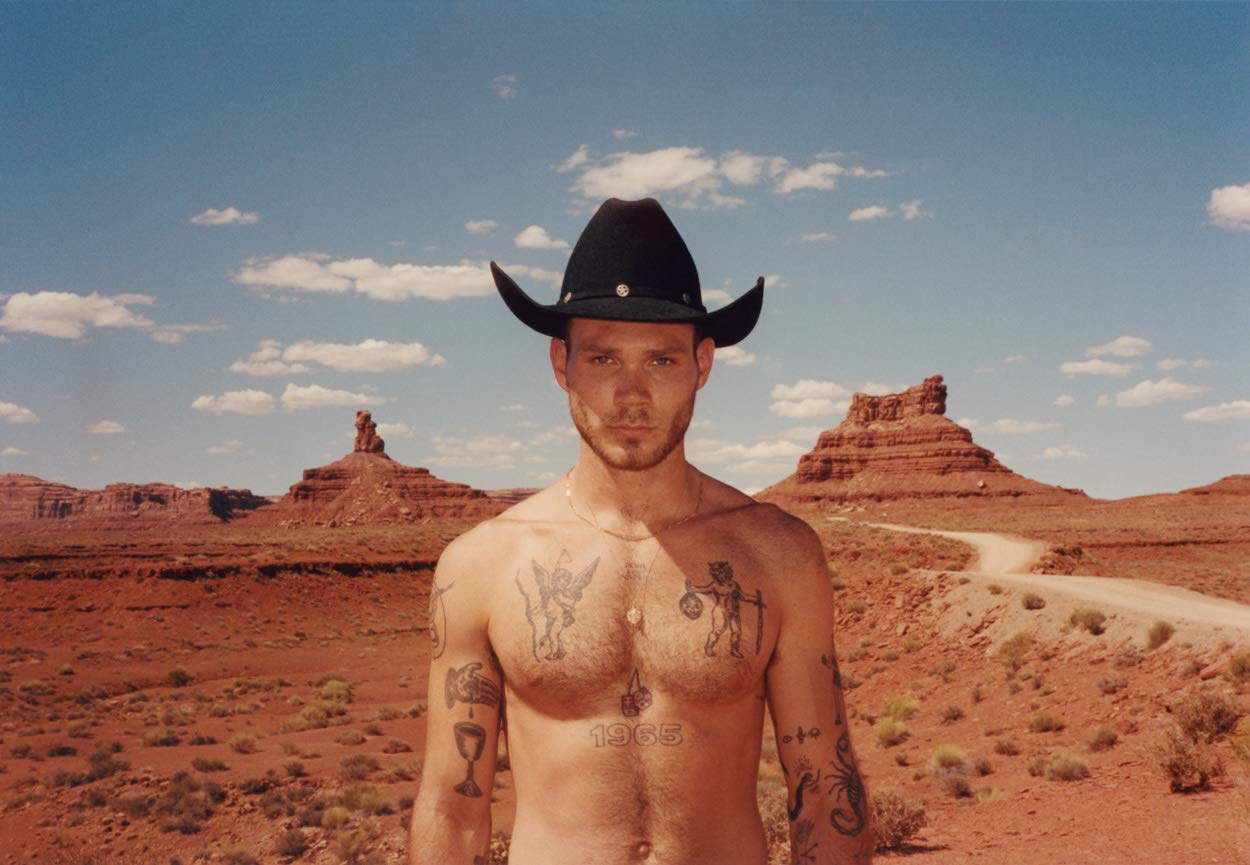 For Luke Gilford, an American photographer born and raised in Colorado, his earliest memories are marked by a love of rodeo and disgust at its homophobic dynamics. With his photo book National Anthem, the photographer decided to highlight queer rodeo communities instead.

Luke Gilford’s interest in rodeo began with his family. His father was an active member of the Rodeo Cowboys. So Sunday rides were like long walks on the rocky mountains of the small town of Evergreen. People and animals illuminated by a golden light, bell-bottom jeans, leather belts, dust flying in the wind after hooves have violently trodden the ground… Luke Gilford has always captured the cinematic potential of the rodeo. First with his eyes, then, with his camera.

In National Anthem, Luke Gilford tells the story of the uprooting he experienced in the rodeo community, when he understands with anger and disgust the homophobic violence that takes place there. National Anthem is also the discovery of an underground culture, the “queer rodeo community”, during a Pride in Northern California, just before Trump’s presidential election. Luke Gilford’s images are thus filled with these cowboys and cowgirls, black, gay, non-confrontational bull riders to the traditional white and straight image that America has consciously built around the valiant myth of the cowboy.

His favorite portrait is of Priscilla Toya Bouvier, posing against a stormy sunset. She was elected Miss International Gay Rodeo in 2019, after growing up in a conservative New Mexico family, she now competes in calf roping, dog dropping, speed events, usually in drag. National Anthem is a love letter to the rodeo community he discovered and cherishes now.