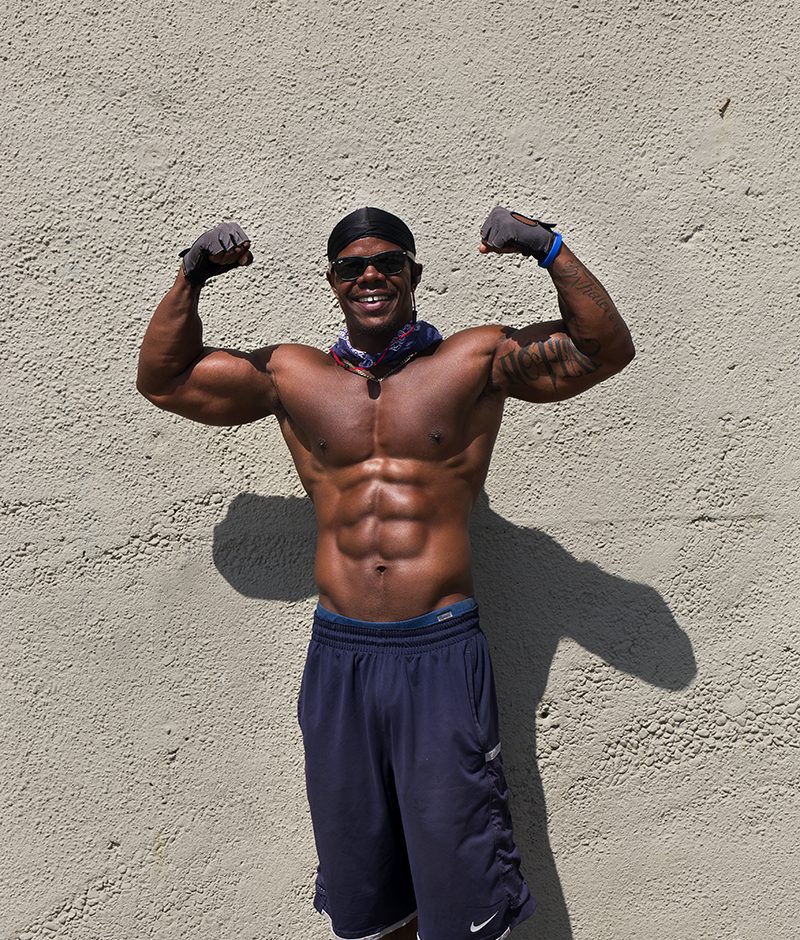 Through her series Parade (2017), French photographer Manon Boyer questions self-representation and artifice taken to the extreme, particularly in American visual culture. Each of the photographs celebrates these notions, which are part of a society in which image, and the reflection of the self, occupy an increasingly important place.

Can you tell me about your background?
As far back as I can remember I have always taken photographs, I have often been “the girl with a camera”, at the beginning it was for fun and it is after high school that I thought about it more seriously. I did a preparatory course and I discovered film, which was a revelation that made photography an indispensable medium for me. Then I entered the Beaux-Arts, initially for drawing, but I quickly specialised in photography, and after 3 years I obtained my DNAP, a diploma entirely specialised in photography. I then went to London to assist a photographer where I did my first project abroad, Reborns Babies. When I came back, I entered the ENSP (Arles) thanks to this series and I obtained a master’s degree in research and creation. After my studies, I travelled a lot for personal and commercial projects.

How did you get into photography? What is your relationship to the image?
I tried several mediums before concentrating on photography. I drew and painted a lot at first, but it took a lot of concentration and effort. I liked it but it was tedious. I always tried to represent reality and I finally realised that photography was the ideal medium for me because instead of trying to recreate reality, I just had to capture it. Photography seemed to me to be the best way to express myself. My relationship with images is based on encounters, taking photos is a bit of a pretext for me to discover a new place, a new universe, or new people, I love the exchanges that images can bring.

How was the Parade project born?
Parade is a very important project because it is both my master’s project at the ENSP and my first in the United States. This work, which I prepared for a year with a video artist friend, made me realize that this was the way I wanted to do photography. We decided to go together to discover and deepen this image society that dominates the United States. So, Parade was born out of my interest in self-representation. I wanted to find a place where this notion was predominant and that’s what brought me to the United States because American culture, which is a culture of the image, is completely different from what we see in Europe and that quickly fascinated me. My interest in color and “bling-bling” also weighed in the balance because I knew very well that the United States would fulfil this fascination.

What is it about self-representation and artifice that interests you? What are you trying to say or rather to show about these phenomena?
What interests me in self-representation is to witness the nuances and differences depending on who is staging it, it’s a field that can be declined endlessly. I like to discover a multitude of completely different people and understand who they are.

The guideline of my work is “the transformation of the body”, so I try to understand how people decide to present themselves and how they shape their body and their image following this idea. I was then completely fascinated by the American visual culture, and it was obvious for me to go there to understand this relationship to the body and its representation so different from the European culture. The artifice will guide and attract my gaze to a certain person or community.

With Parade, it was important for me to treat the body and its ornament on the same level to create a loss of reference points in the representation. In the United States, many people erase themselves to the detriment of the image they are trying to create, and finally the artifice that was only an accessory to this quest for identity, takes precedence over their identity and becomes the only thing we see. It is therefore this appearance that, as it undergoes transformations, can be seen as a surface. In this sense, Parade aims to deconstruct this boundary between body and artifice.

What are your sources of inspiration?
I think my biggest source of inspiration is obviously travel, it’s so exciting to travel the world and discover new things every day. Then there are people like Lauren Greenfield, an incredible artist who I discovered at an exhibition in Los Angeles while travelling for Parade. I was immediately captivated by her photo and video work, which is extremely deep and complete, and shows an American society from the inside. I am also very inspired by great street photographers who have an incredible use of color like Martin Parr or Garry Winogrand. I always feel like I’m travelling a bit when I’m immersed in shots from around the world. In another register, Boo Ritson or Marie-Lou Desmeules are artists who shape their characters themselves with the help of artifice to give them the representation they want. They then hijack the stereotypes of American society by painting on the bodies of their models. The images are extremely well done, full of color and with a strong message.