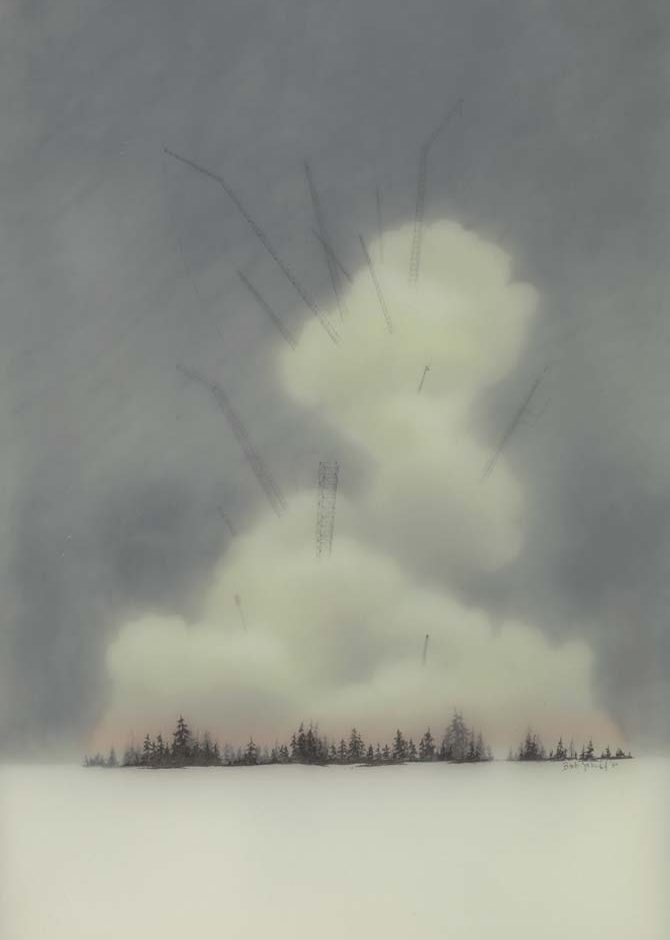 The subtle and delicate landscapes of Brooks Salzwedel reflect the tensions between urban development and nature. The medium that he chooses to work represents in itself this division: despite the fact that its support (hydrocarbon resin secreted by plants) remains a production of nature, the inks and felts that it uses are considered as toxic . With this sophisticated process, Brooks Salzwedel is capable of performing an ethereal and profound work. Since graduating from the Art Center College of Design, Brooks has exhibited in various galleries on the west coast of the United States, from Seattle to Los Angeles, and more recently to Europe. Her work is regularly published in magazines like the NewYork Times, the NewYork Arts magazine or Nylon magazine. Brooks was recognized by the jury of New american painting, and by the American art Collector in September 2012.

Her work is featured in the Cercle Magazine portfolio.