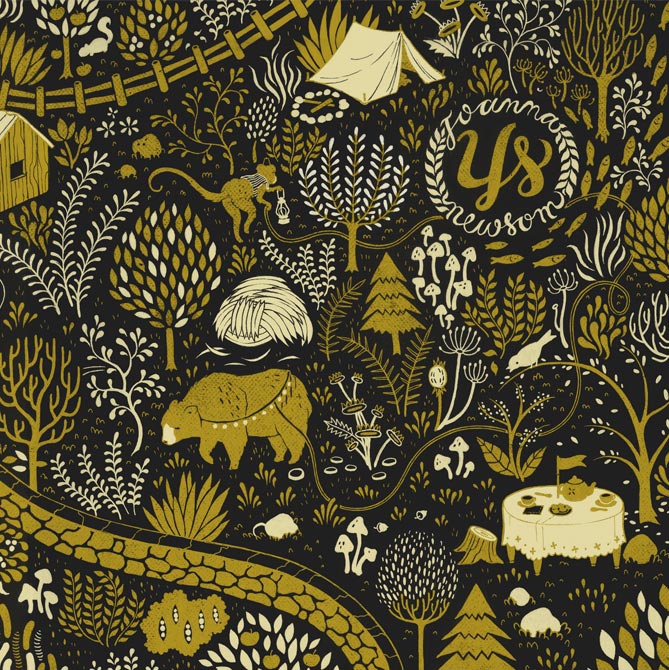 Teagan White is a talented illustrator from Chicago. She currently works and lives in St Paul, Minnesota, and earned her art degree from the prestigious College of Art & Design in Minneapolis.

His work is organized around the complex imagery of the flora and fauna, thus forming joyous representations that combine anthropomorphic forms, letter design, and everything there is between the two. Throughout his projects, Teagan shows a real fascination for nature and a certain taste for the representation of living forms, their details, their colorful harmonies and their ornamental richness.

Teagan works for clients such as Nike, Wired Magazine or Coca-Cola, as well as many other less institutional clients. His talent has been recognized by the Society of Illustrators New York and Los Angeles, by CMYK Magazine as well as by Creative Quarterly. Circle particularly likes the judicious choice of colors in its images and the mode of representation that oscillates between morbid and naive forms.

The work of Teagan White is presented in the Portfolio pages of Cercle Magazine.