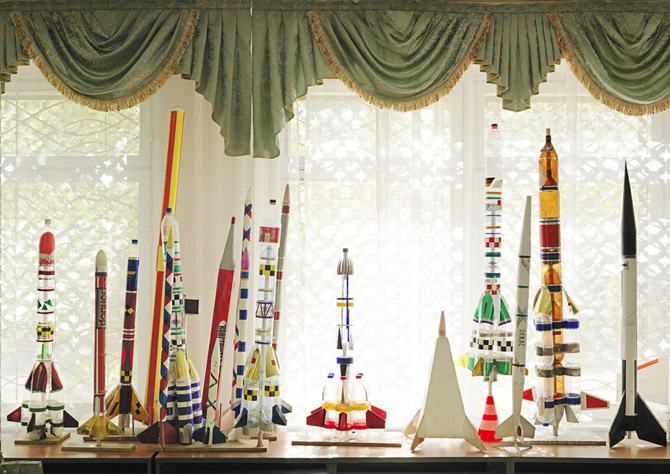 Born in 1970, Vincent Fournier lives and works in Paris. A graduate of the National School of Photography in Arles in 1997, his work is regularly exhibited in galleries, museums and international festivals, Rencontres d’Arles in 2012, Netherlands Architecture Institute in Rotterdam or Photographic Center in Geneva in 2013. He Is represented in Paris by Acte2Galerie.

His latest Post Natural History series is on display from 30 April to 7 June 2014 at Espace Quai1 in Vevey, Switzerland, as part of the Festival Images.

The artist, fascinated by science, technologies and their mysteries, produces clichés that are as many witnesses to the utopian worlds invented by man. Vincent Fournier leaves in his productions a great place to the imagination, his photographs are poetic and meticulous, calmly nourished of cinematographic and literary inspirations. Between Jules Verne and Jacques Tati, Charles Darwin and David Cronenberg, the images of Vincent Fournier play with the fictional and wonderful potential of certain forms of utopias.

His productions question the world around us and it is through a vision that is at once naive and stylized that the photographer puts in images situations that are unclear, unlikely, sometimes even incoherent, but always in balance between a certain historical reality and an atmosphere of Childish dreams.

His work and vision are also presented in the pages of Cercle Magazine N ° 2 – Science-fiction.