After losing his mother in 2019, Tristan Buckland pays tribute to her in his self-published picture book Fragments, released in march 2021 in 150 copies. For two years, he took on the role of caregiver. The english photographer sees in his camera and his films a vital support to escape the painful climate of his personal life. From fall 2017 to summer 2019, he captures fragments of life. From his mother’s bedroom, under the shade of a tree or in the streets of his hometown, Bath, he documents the peaceful existence of strangers, nature through the seasons and more subtly, his inner garden which hangs by a thread. “Honest, raw and minimalist” is how the academically trained graphic designer describes Fragments. With his unedited analog images, he shows a journey: the one alongside his mother, against illness, then alone, in mourning. 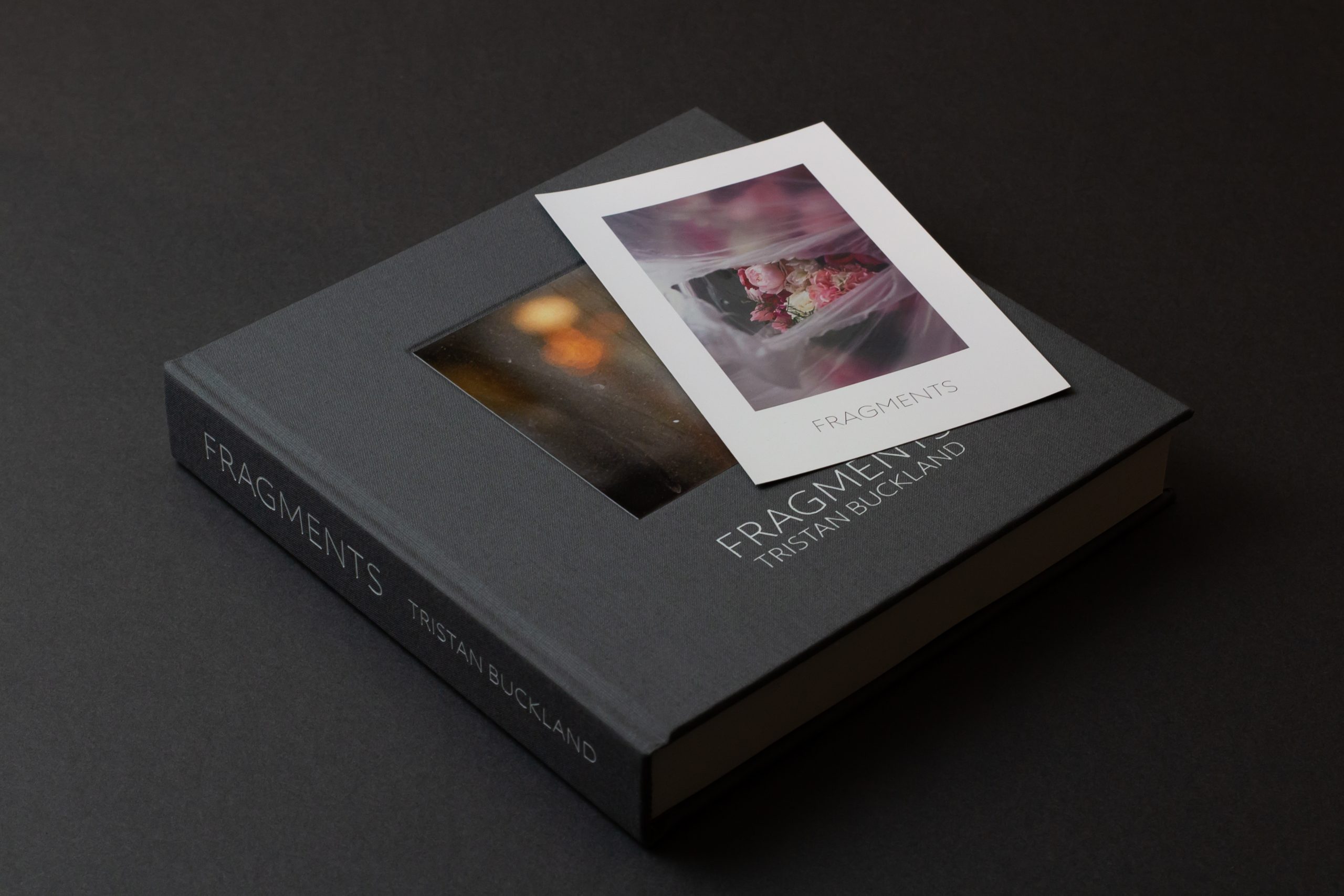 You created Fragments while being the caregiver of your mom.
My dear Mum was diagnosed with Bulbar Neuron disease (a strain of motor neurone) in 2017. This was the final year of my degree at London College of Communication. When I should have been graduating from my education and taking the first steps of my career, I was now putting everything I had learnt and dreamed of pursuing to one side as caring for my Mum was now my sole purpose in life. As a creative, the need to create began to build like an intense hunger. Photography had always been there throughout my life, but in this moment, I found that it was there for me more than anything else. As a primary caregiver, moments of my own were few and far between. In what little time I did have I would be found wandering with my camera. Though at this moment I did not realise it, this was actually where the seed of Fragments was planted. The idea of a book wasn’t actually born until after my Mother had passed. One day looking through the archive I decided to pick the photographs that spoke to me most from that time. I carefully curated a visual timeline of the fragments of my life through caring for my mum. It was right then and there I realised I had a book in front of me.

How photography helped you coping with your mom’s illness and then, the grief ?
Photography helped me in the most challenging time of my life as it acted as an escape to both my home situation and my mental state. Wandering with my camera offered me a small slice of freedom, it removed me from my current world to almost a state of Nirvana where I wasn’t defined by my home life or my situation. I was just able to float between the lives of others freely and be in the present moment of the here and now. Despite my world stopping I gained comfort and reassurance in the realisation that the worlds of others had not. I think the book has encompassed the horrors and troubles of this time in my life and offered me the opportunity to reflect from a distance in a more positive light.

Behind the apparent quietness of the daily life of the strangers present in your photos, there is also a fragile balance which seems can be disturbed at all times. Is that your personal emotional state reflecting in the images itselves ?
It’s a comment that’s been made before and something I don’t think I was consciously aware of or looking to capture. However, when I hear people saying this about my work now, it reminds me and makes me think that that’s exactly how it felt at home. My Mum’s life was in a constant fragile balance, the doctors didn’t know how long we had. We were living in that state that could be disturbed or destroyed at any moment. I feel that the gravity of our situation and my personal emotions did begin to seep into my work and through my photographic eye.

Those fragments of life are the fragments of your world during one of your “biggest life changing experience”.
Fragments is predominately made up of photographs of the outside world that drew parallels to my internal world. I shot outside my home because I wanted to escape that world and the experiences of my home life. I began noticing the connections between the life cycles, the rhythms and the similarities of the mirroring worlds. The life cycle of a plant, or a flower or the seasons closely follows the life cycle of a human life. I think realising this, and accepting it played a part in both why I was shooting it as well as my way of coping with the situation. However, the final six photographs are the only direct shots of my mum. Consequently, they are also the only black and white photographs in the book, which display the effects the illness had and how she continued to smile through it all.

Symbolically, flowers are both present in illness and mourning.They also hold an important place in your work. Why ?
Flowers were in abundance to us, both throughout the illness and in the mourning of my Mothers passing. They certainly do hold an important place in my work in Fragments, especially the final colour photograph in the book as it closely reflects the final time I ever saw my Mum. Flowers are delicate, full or colour but with a finite amount of life which only adds to their rarity, wonder and beauty and they can bring this power to the image. Furthermore, flowers now carry a different weight to me, particularly in the house. They can act as a beautiful reminder of her, symbolically representing her life and our relationship in its new form and I believe this will have an impact on my work to come too.