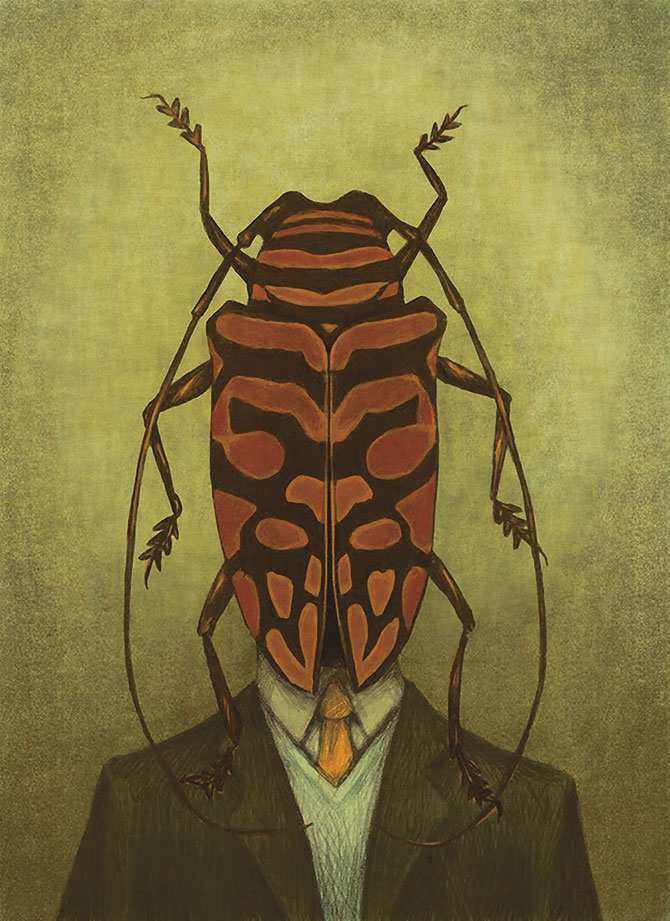 Toni Demuro was born in Sardinia in the spring of 1974. In 1997 he graduated in painting at the Academy of Fine art in Sassari and since then has worked as a creative in the field of visual arts and design.
He won the prize “Acquaviva nei Fumetti” in 1996. Since then, he has collaborated as an illustrator and has been published by Legambiente, Vanity Fair, Carlo Spera Editore, Eli, Edizioni La Spiga, Editions d’Orbestier or Let’s go Magazine.
In 2012 Toni has exhibited the series of illustrations trees, realized for the international year of forest, in a personal exhibition in Cagliari.
His work often depicts series of poetic and strange visuals aimed to be seen as narrative stories and strong ideas about society, politic or social class. Cercle Magazine #3 has published a serie of portraits in which insects are careful chosen to represent social and professional masks.

Toni Demuro is represented in USA by Peter Barg Agency and by De Dominicis Agency in Asia and UK.