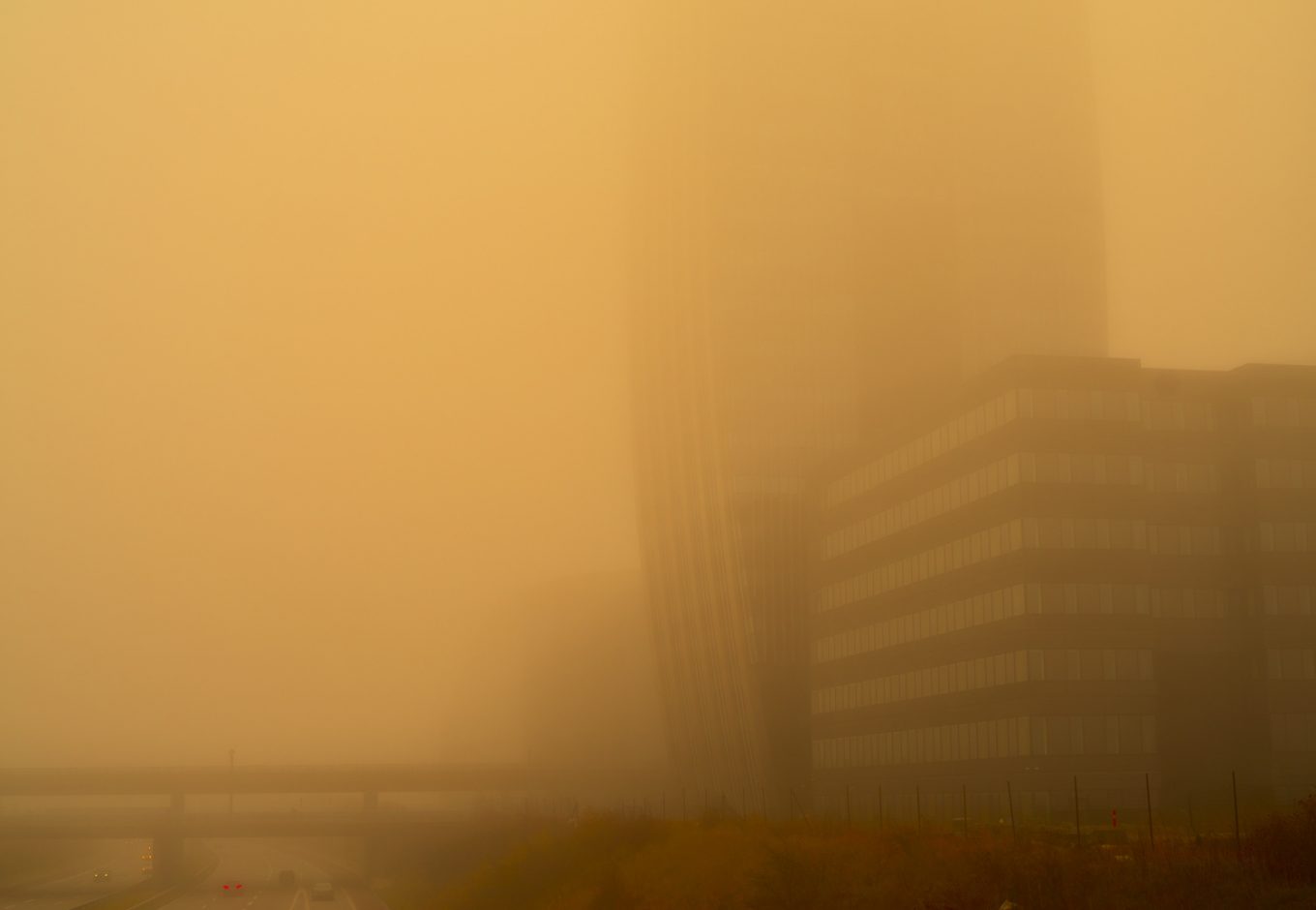 Kim Holtermand is a photographer born in Copenhagen in 1977 specialized in architecture and landscape’ pictures. He deliberately chooses to create a cold and dehumanized atmosphere of buildings and their surroundings in order to recurrently work on the loneliness emotion. In a highly connected world, loneliness becomes a powerful thing. He draws inspiration from the work of Kubrick or Ridley Scott. His work has already been featured in numerous international magazines as well as several specialized blogs. Kim Holtermand was honored with the Netdiver Best of the Year, the International Photography Awards and the National Photo Competition. SWISS is one of his most recent series.

What is the starting point of the MESA series? The images have a strong atmosphere and are also silents, are we looking a vision of the future, a dream?
MESA was heavily inspired by the epic scene in Blade Runner 2049 taken place in a desolate Las Vegas. I listened to the soundtrack and the track ‘MESA’ just gave me goosebumps. A few days later I walked through dense fog in Copenhagen and MESA slowly evolved in my mind – and I transformed the Ørestad area of Copenhagen into an deleted scene from Blade Runner. Try listening to the track MESA while gazing at my series. It really brings out the magic in the series. It is definitely a vision of the future. As much of my work is heavily inspired by sci-fi I often make my work with a near apocalyptic future in mind.

What’s your biggest dream?
My biggest dream right now is to go to even more places countries and shoot epic architecture and landscape. And hopefully to give people even more great images to look at. I love to photograph and it is now part of my DNA so hopefully I will continue to do this for many years to come.