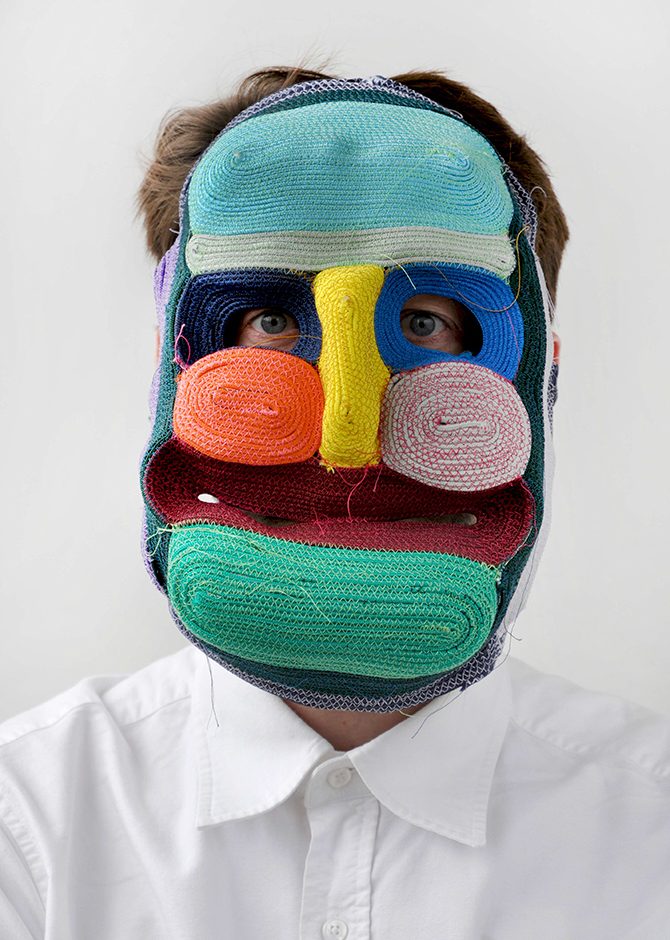 Bertjan Pot is a designer, probably best known for his Random Light (1999). The light started as a material research, which is basically the starting point f each product created by Studio Bertjan Pot. The outcome is usually an interior product showing a fascination for techniques, structures, patterns and colors. Most experiments start quite impulsively by a certain curiosity for how things would function or how something would look. From there Pot takes on challenges with manufacturers to explore possibilities and push the boundaries a bit. The reward for each challenge is a new one. So far, he’s been working with various clients such as Arco, Domestic, Moooi or Nike.

The Masks serie has began in 2010 and is ongoing, it’s an exploratory work and a material experiment. The idea finds its origin in an unexpected reaction: Bertjan Pot wanted to make a carpet, and he has realized that once the assembled textile, curves build up themselves. From there, he makes a first mask, the beginning of a long serie. The possibilities are endless and the designer enjoies since, he creates lots of new faces.

Studio Bertjan Pot is published in the Portfolio pages of Cercle #4: Costumes.