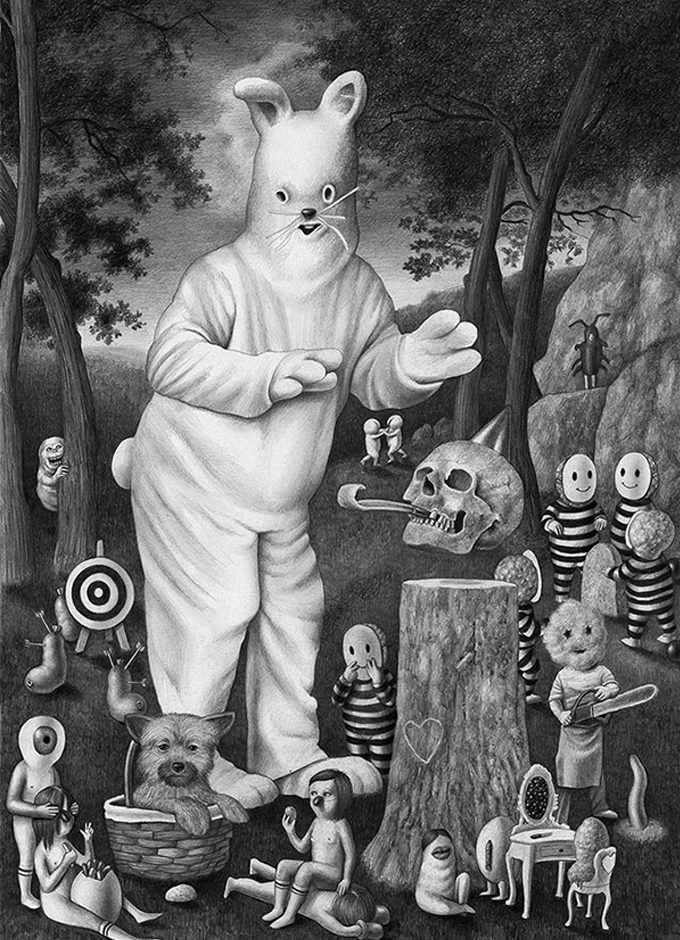 Born in 1982, Urruty is an artist and illustrator. Native of Toulouse, she now lives in Paris, where she works from her bed. After a PhD at the Faculty of Arts of Toulouse, she decided to devote herself to drawing. It was a winning bet since her work is regularly exhibited worldwide. The spirit of her work is spontaneous, fun and sometimes dark. After a brief color phase, she decided to return to black and white and graphite, which she particularly likes. Influenced by contemporary illustrators such as Ludovic Debeurme but also by Flemish painting, including Jérôme Bosch, her drawings show a fantasy world where the atmosphere is sometimes disturbing; often disguised, the creatures inhabiting her work are kinds of personified animals (or bestialised humans?) that seem to come straight out of the unconscious.

Amandine Urruty’s drawings have been the subject of various publications and exhibitions, the latest at the Hellion Gallery in Portland, during March – April 2016.