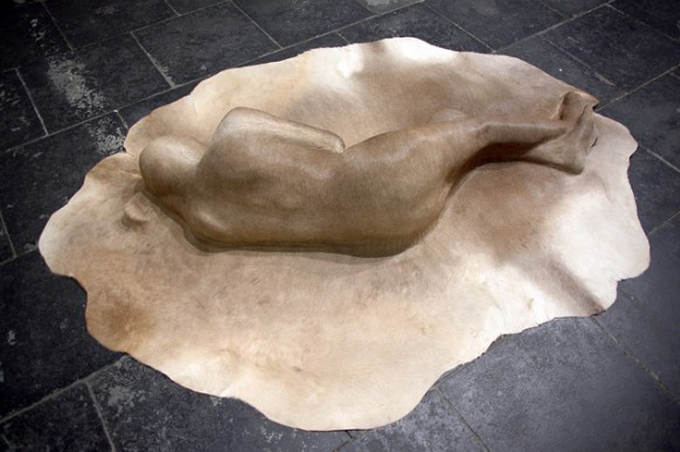 Markus Leitsch is an Austrian artist born in Klagenfurt in 1978. He lives and works in Vienna. In his series of sculptures Coat, he explores the human being and its relationship to its environment, itself modeled by man, questioning its deviations and risks. We see shapes of human bodies covered with cowhide rugs, melting into a single disturbing entity. In his Suit series, we find the same idea expressed in a different way. The bodies are standing, dressed in “fur”, transforming the human being into a kind of stuffed monster. His work frequently plays on the sometimes thin line between attraction and repulsion, the beautiful and the morbid. You could see there an influence from Viennese Actionism, a radical art movement from the 20th century, revisited in his own way.

Markus Leitsch regularly exhibites at the Metro Gallery in Berlin.