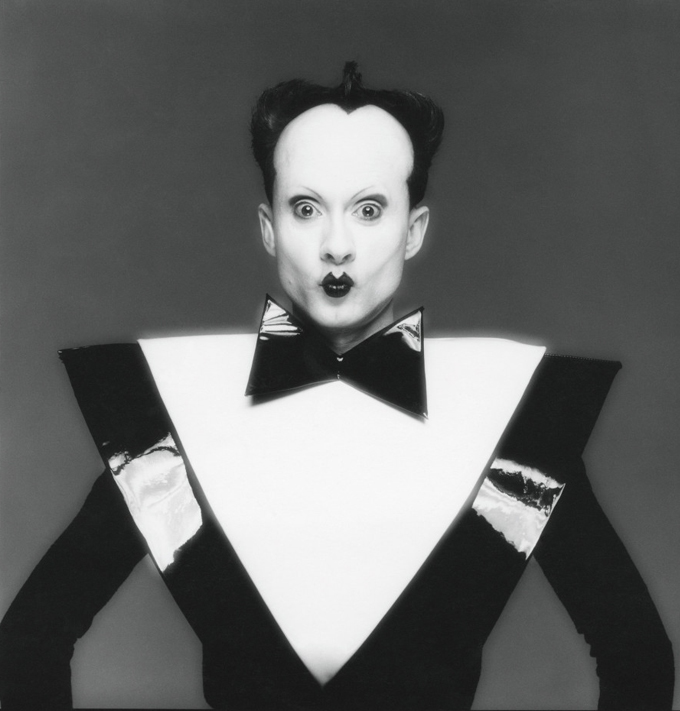 Born in Bavaria in 1944, Klaus Sperber (better know as Klaus Nomi), is an emblematic figure of the new wave scene. He grew up in Berlin where he developed a passion for opera and performed in several shows. But it was in New York that his career took off, after a difficult start. The charismatic Nomi moved there in 1972 and produced various experimental cabaret, while doing the dishes in a restaurant in order to pay for singing lessons. In 1979, he got spotted by David Bowie who asked him to perform for an episode of Saturday Night Live. He appeared there with a giant bow and a sharp suit: he had just created his Klaus Nomi character. He signed with RCA Records shortly after and released two albums in 1981 and 1982. He died of AIDS in 1983, at the age of 39.

Throughout his career, the artist kept his special voice that mixes opera with rock, creating a unique style that continues to inspire many contemporary artists.