Recently graduated in art from the Haute École des Arts du Rhin, Ludovic Hadjeras has been part of the No Name group since 2017, a workshop within the HEAR that develops thematic and collective exhibitions in art centers of the Grand Est region. During the preparation of one the exhibition the Appeaux à papa (Dad’s bird calls) was born. Through this objects shown for the present and the absent, Ludovic Hadjeras has developped a strong interest in the signs that link the living and the dead.

In which context have you developped the series Appeaux à papa ?
Appeaux à papa have made their way through my mind when I learned that the No Name exhbition of 2020 would take place in the Contemporary Regional Art Center of Montbéliard. My father, who died in 2005, had his studio in this city. He was a plastic artist, but he could never make a living from it. The define theme for the exhibition was « the debts ». I started out just wanting to display one of his push pin upon which he was painting landscapes, and that he was hawking to earn a bit of money. « The debt » thus becomes an homage. : there will be a painting by Moktar Hadjeras in a contemporary art center, and not just any.  But a push pin quickly turned out to be too poor as a tribute. By chance, I have started to read Vinciane Despret, Au bonheur des morts : récits de ceux qui restent (La Découverte, 2015), which allows me to pay attention to chances and sometimes welcome them as signs of presence of our dead. With an intense attention to certain signs, pieces started to appear. Most of them took shape in a half-sleep from which I would come out and put them on paper. I think in some ways, it was my father who whispered them to me, although he never directly appeared in my dreams (but in those of my relatives).

Could you tell us about the different pieces of the serie ?
When I was a child, we had a water whistle at home that mimics the song of the nightingale. Le Rossignol (The Nightingale) has a phosphorescent resin print. This piece is very discreet when the lights are on. Once the lights are down, it fully exists. In an exhibition context, the usual public doesn’t have access to this light set up. Le Rossignol is for the absent.

Les Deux hirondelles (The Two swallows) is also adressed to the non-present beings : those are two propeller planes which during opening times are at rest. Before closing, the staff of the CRAC (the art center) turns on the engines and launches them up : the two planes cross the dark room all night long until their batteries run out in the morning, before the staff arrives.

Other small objects complete the scattering : Little bird, a balancing firecracker that explodes if something drops it, a bird drinker filled with black tea, lemon juice and raisins, a drink that my father used to drink in his studio, a bottle of Cedardwood essential oil, which according to a friend, is used to communicate with the deceased by certain mediums, several balls of fate for birds scattered around the art center.

The last piece, Le Chant du cygne (The swan’s song), was not supposed to be part of the exhibition but something too intense happened not to show it : I bought an infrared alarm kit to soldered yourself. We often bought some with my father. Almost all the tools I work with are his, so I welded this alarm with his materials. Obviously, throughout the process I thought about him a lot, plunging back into childhood memories. I was alone at home, but with him. When it was done, I turned on the alarm. For it to activate, something has to pass through the infrared ray, so I was having fun ringing it by passing objects. Then I lingered on my phone for a moment, leaving the alarm on. The living room was silent for a while, until the alarm sounded without anything crossing the shelf. I was surprised but not afraid : I knew who started it. I decided to film this interaction. Just when I stopped filming, the alarm sounded continuously, very loudly. I got scared so I turned it off. As soon as the shrill sound of the alarm was silent, my phone has started to play music without me touching it. The sounds that filled the living room was Don’t Let Me Be Misunderstood from Santa Esmeralda. So I dressed the alarm with feathers, like a lure, so that it would have a place in the exhibition. As I present the piece to the art center team, the alarm goes off, as if to signify its presence.

Speaking of the world of the present and the absent, what is your position, and by extension your artistic approch, to these two wolrds ?
Making a play for my father has awaken my interest to this world. Vinciane Despret’s book has helped me a lot. I think my father was just waiting for a little attention from me to show up, because very quickly there were a lot of signs. Chances that sometimes went back several years, pieces of puzzles that had to be reassembled, and now I know it exists. I believe that the dead, whether they are close to us or not, need special attention to exist. But once we are not us either, will they still manifest ?

What are your upcoming projects ?
Last June, I have taken a virtual diploma about werewolves. This is a subject that I have been exploring for two years. The hald-breed and the werewolf, because they are hybrid beings capable of diplomacy, have been living in my work for several years. The mediumistic figure that arose with the Appeaux à papa enriches the characters from between two worlds that I embody in my work. I am leaving Strasbourg in September to study at Sandberg Instituut in Amsterdam. I am also preparing a trip to Algeria, a country with which I have a special relationship. I don’t know exactly when the trip will take place, but I really want to start working there. 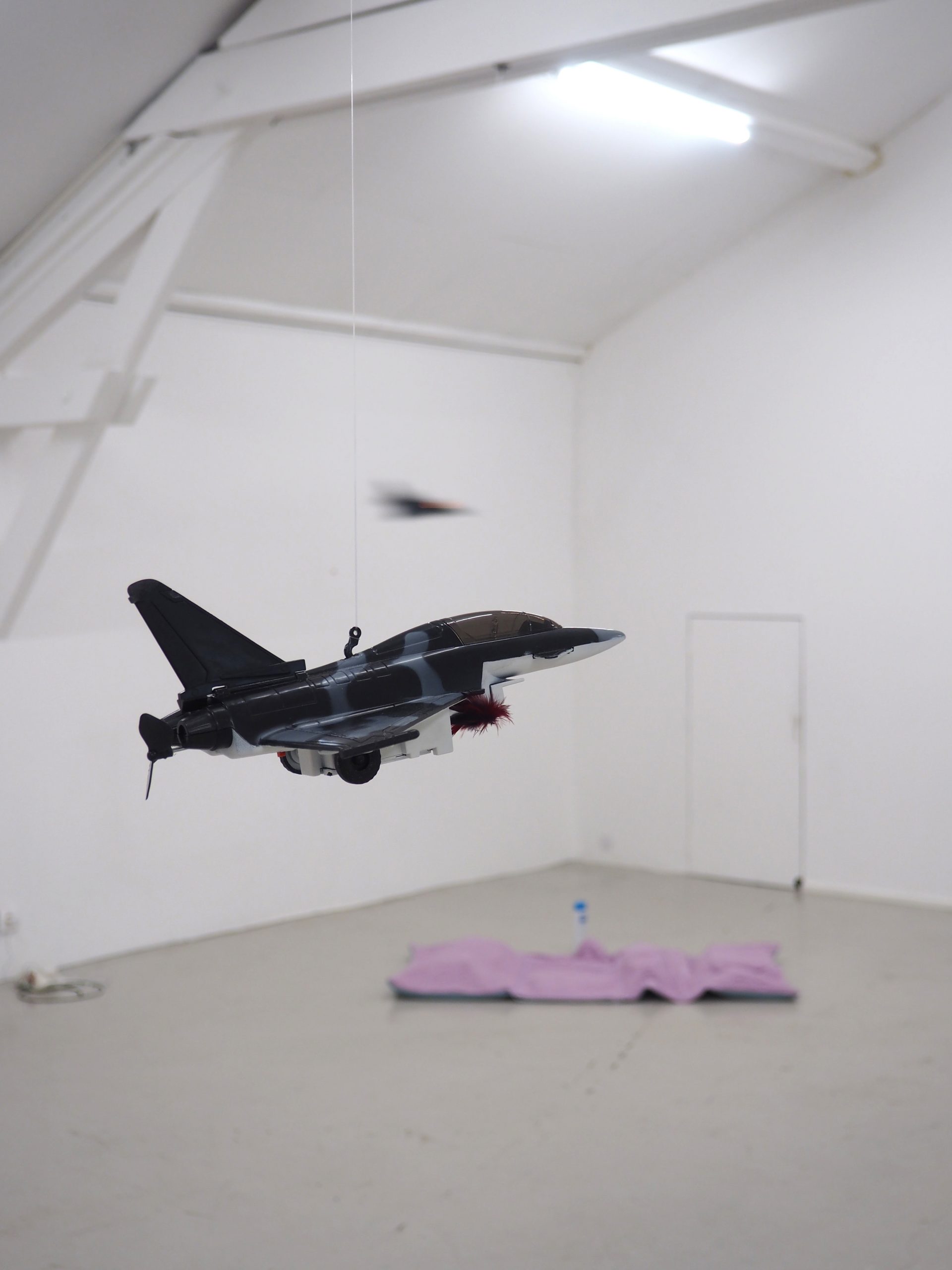