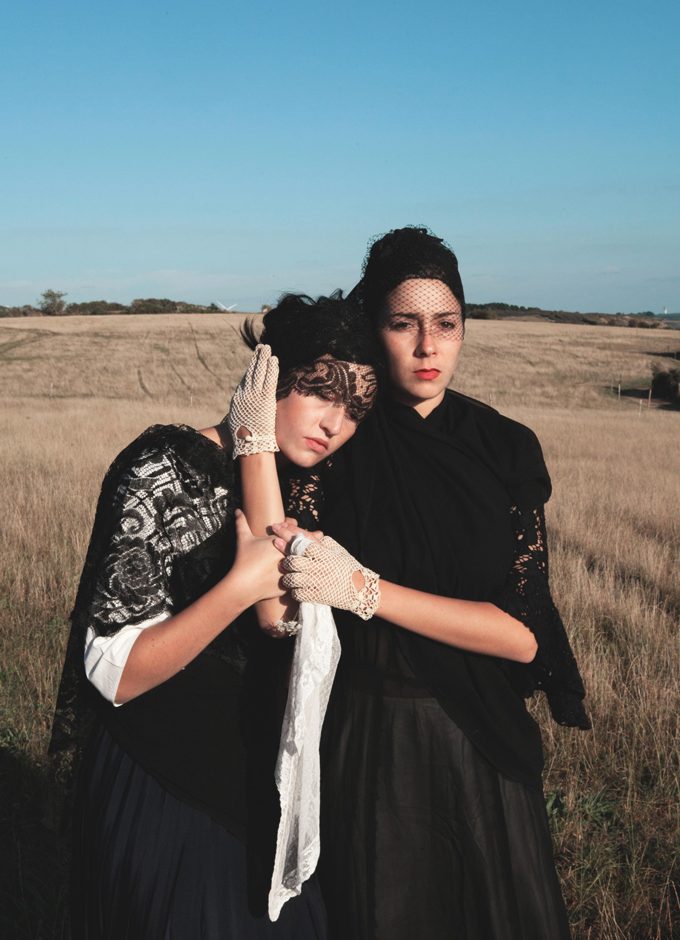 Elsa Parra and Johanna Benaïnous are visual artists based in Paris. They met at the School of Visual Arts of New York and frequently work together. In their very cinematic photo series A Couple Of Them, which takes place between the United States and France, the two photographers change themselves into characters you have crossed paths with. Their unsettling work is reminiscent of Cindy Sherman’s. It mixes performance, sociology and disguise. The characters, dressed in a current and popular style, are mock passers-by. In the style of photographic report, the series confronts the viewer with its projection of the Other, these instinctive images related to each meeting and questions the true and the false.

Both artists have also made three video clips for Lenparrot using the same concept. Performance and disguise are an integral part of it. Each video shows new protagonists, always interpreted by the two photographers.

The latest clip for Lenparrot, Dévot, was released in February 2016, in collaboration with Noé PF.