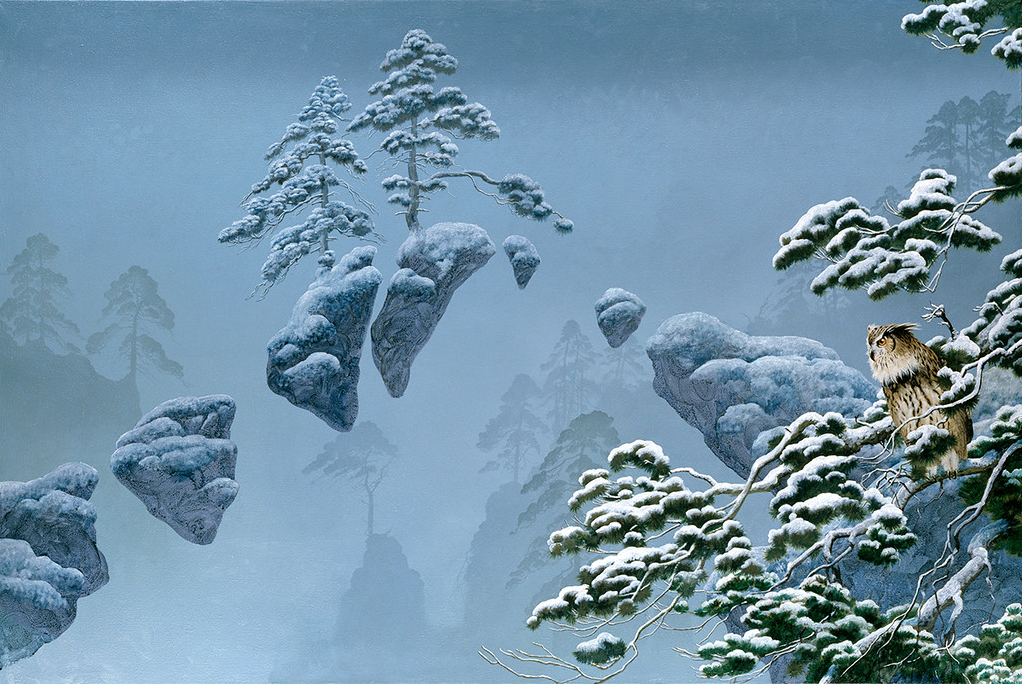 Roger Dean is an english  artist, designer and publisher born in 1944 in England. He studied at the Royal College of Art in London, and was later best known for his work on posters and album covers created for various progressive rock bands such as Yes or Asia. His album covers often depicted fantastic landscapes and dreamy scenes. The depictions of flying stones and expanding rock formations have become his signature over time, a whole visual identity that has greatly inspired James Cameron’s Avatar, with no credit to Roger Dean whatsoever. Roger Dean has repeatedly won the Locus Award for his books and creations.