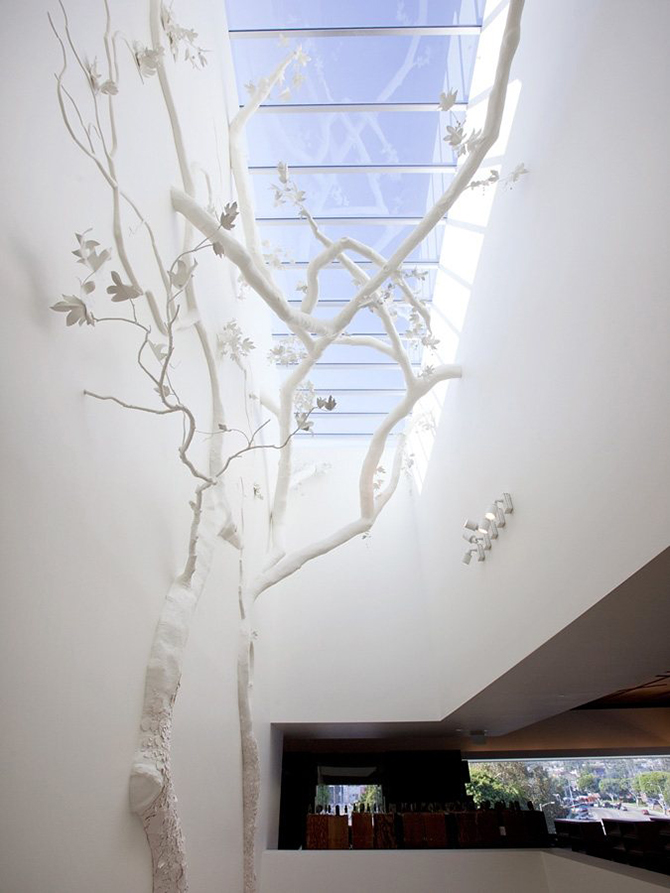 David Wiseman, Los Angeles-based designer, set his vision of nature in the grand hall of the new West Hollywood library.
After several drawings and 3D models, it was by hand that the artist created this installation to give his vision a real consistency.
For the library, it is a new species of tree that grows within its walls, the PLatanus Bibliotechalis. According to Wiseman, it is a hybrid between the sycamores that grow in the region And of an ancient species that once lived on the territory of the library. The trunk of the fantasized tree emerges along the staircase, slipping towards the canopy and the sun, inviting visitors to borrow with him access to the upper level. Porcelain, copper, bronze and steel constitute the branches and foliage of this tree with the fragile and ghostly aspect.

David Wiseman works as a designer in Los Angeles, drawing his inspiration directly into the fragility and beauty of nature to produce his refined objects and installations. He has also created various organic installations for the Dior Ephemeral Stores in Shanghai and New York.

David Wiseman will exhibit at the R Gallery in New York until January 26, 2013.