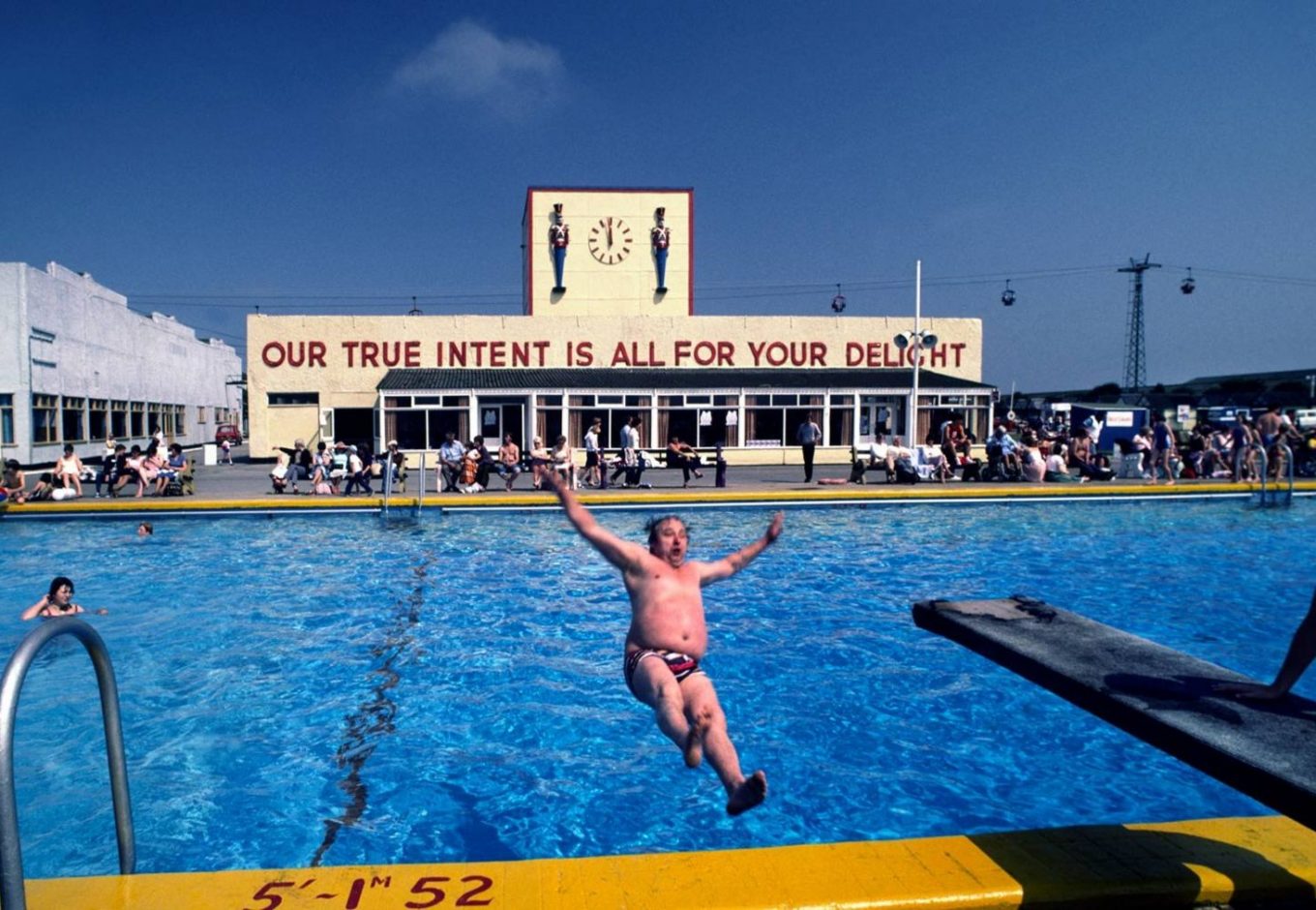 In 1982, Barry Lewis arrived in familiar territory when he portrayed a “Butlin” vacation center. Butlin’s centers offered the British working class a “low cost” entertainment holiday. If photographer Barry Lewis is interested in these places, it is because in 1966 he signed his first student job. There, he developed “a strange affection for this closed and parallel universe”.

At the time, huge ballrooms, bars, discotheques and theaters were full of emergent artists. It was in Skegness’ Butlin center that Paul McCartney and John Lennon spotted Ringo Starr, who was the resident drummer. Stores, indoor and outdoor swimming pools, sports facilities; everything was designed to appeal to British families looking for both relaxation and fun. A few years later, cheap flights to Europe negatively impacted the appeal of these camps to British locals.

It is with an unfiltered realism that the photographer wants to capture this big societal reversal. In each of his images, he uses a dazzling flash that sometimes blurs the image or, on the contrary, makes it more severe. “At the time, vacationers were happy to reveal their world, without shame of who they were” explains Barry Lewis. For the photographer, his images depict a meaningful innocence of a pre-internet era, “where photography allowed us to show life as it was.” His photos are now compiled in a new book published by Hoxton Mini Press.