Accueil / Magazine / Articles magazine / The Valley of the Future 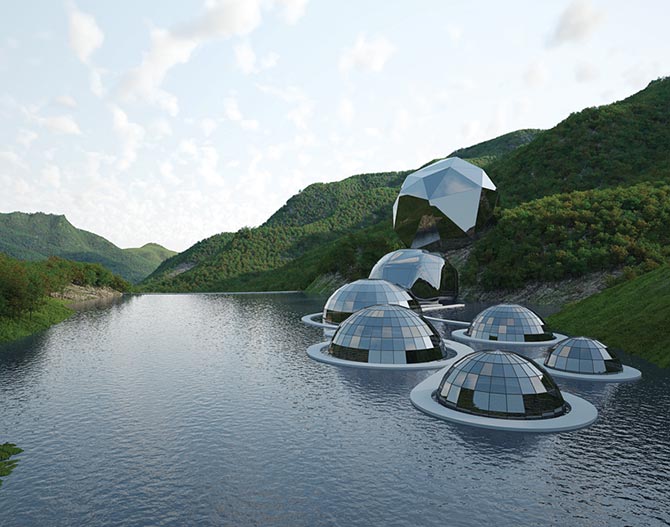 Mentougou Eco Valley, located in China 60km west of Beijing, is a project of Tengbom Eriksson Architects. The Eriksson office, which has existed since 1979 in Finland, joined Tengbom in 2013 and now has more than six hundred employees in twelve Scandinavian cities.

The project covers an area of ​​28 km2 and includes nine environmental research institutes and companies as well as a central city and several villages. The architects were influenced by breathtaking views of the mountains and the presence of abandoned old quarries to imagine their buildings and convert this area into an ecological urban area that can accommodate 50,000 inhabitants.

The structures are intended as experimental space for new materials, forms, scientific innovations aimed at maximizing the potential of the place. The city is capable of producing the necessary water and is designed to favor local agriculture.