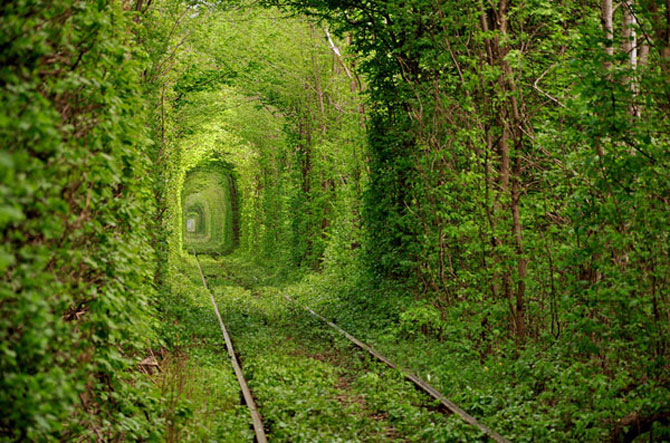 At 25 km from Rivne at the exit of Klevan, Ukraine is a magical place named Клевань туннель: “The Tunnel of Love”. Considered one of the most romantic places in the world, the local population baptized it because of the many couples or newlyweds being photographed under its verdant vault.

Formerly a railway used for the transport of goods, nature has today regained its rights in an astonishing way, creating a veritable vegetal tunnel that seems to have formed on the wagons of an old train. If the rails extend over 3000km, the tunnel is about 1km long. The inhabitants also specify that the vegetation has adapted to the passage at low speed of the trains loaded with raw materials intended for the steelworks.

An essential poetic stopover for travelers.