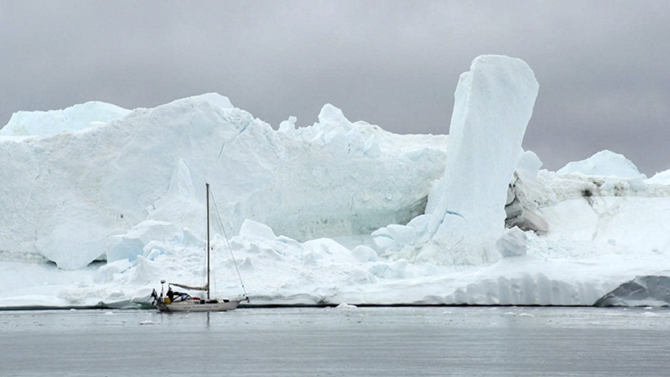 Carried by Arte Futur, The Polar Sea is a documentary in 360° broadcasted in the end of November 2014. It proposes an interactive journey in the Arctic ices. Produced by the film director Kevin McMahon, this very immersive documentary is split in ten episodes. The film team meets the people living in these polar zones and gives an insight on the global warming and its consequences on life and the cultural traditions in the North.

The team follows amateur sailors on a small boat for their North-West exploration – impossible to make this crossing ten years ago for such a group, but melting ices and global warming opened ways. The documentary is a 9000 kms travel from Iceland to Alaska via Greenland and the North of Canada. With the presence of scientists, hunters, artists and local inhabitants, the documentary intends to point the global warming and its impact on the Arctic landscapes, and offers a singular experience where the spectator can be active in the observation of the images.