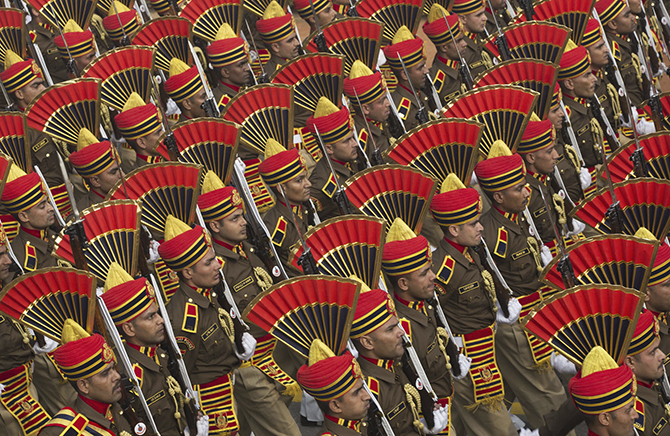 This serie, taken by Spanish international reporter Bernat Armangué, shows the Indian security forces marching during the 67th republican parade in New Delhi. In India, army parade uniforms are very brightly coloured, and the imperial guard moves about on camel back. Each regiment’s uniforms represent as many cultural accounts related to the different regions of India. Indian military costumes have adorned an olive green base since 1947, so as not to be mistaken for the khaki ones of the Pakistani army. Note that the word “kaki” comes from the Persian “khak” meaning dust.

The work of Bernat Armangué is published in the “miscellaneous” pages of Cercle Magazine #4: Costumes.