Marcello Velho, an American designer based in Brighton (UK), gives birth to surprising blossoms composed mainly on computer.  By mixing digital and manual techniques, the artiste creates works in which the abstract and the figurative blend. Flowers, eyes, birds, and other animals populate his minimalist universe. From textile design (rugs, blankets, t-shirts…) to graphics (prints, canvases…), he navigates from one medium to another without feeling limited by the invisible borders that may exist between mediums. The flowers of Velho could easily grow on other planets as much as their appearance, which is most often distinguished from plants on Earth, and in their bright colors that catch the eye. However, he draws his inspiration from the diversity of species that grow in the surrounding gardens. His recent series entitled Flower Garden (2021) shows flowers like evanescent stars which, through play of transparence with the background and the contrast of colors, seem to be diluted. 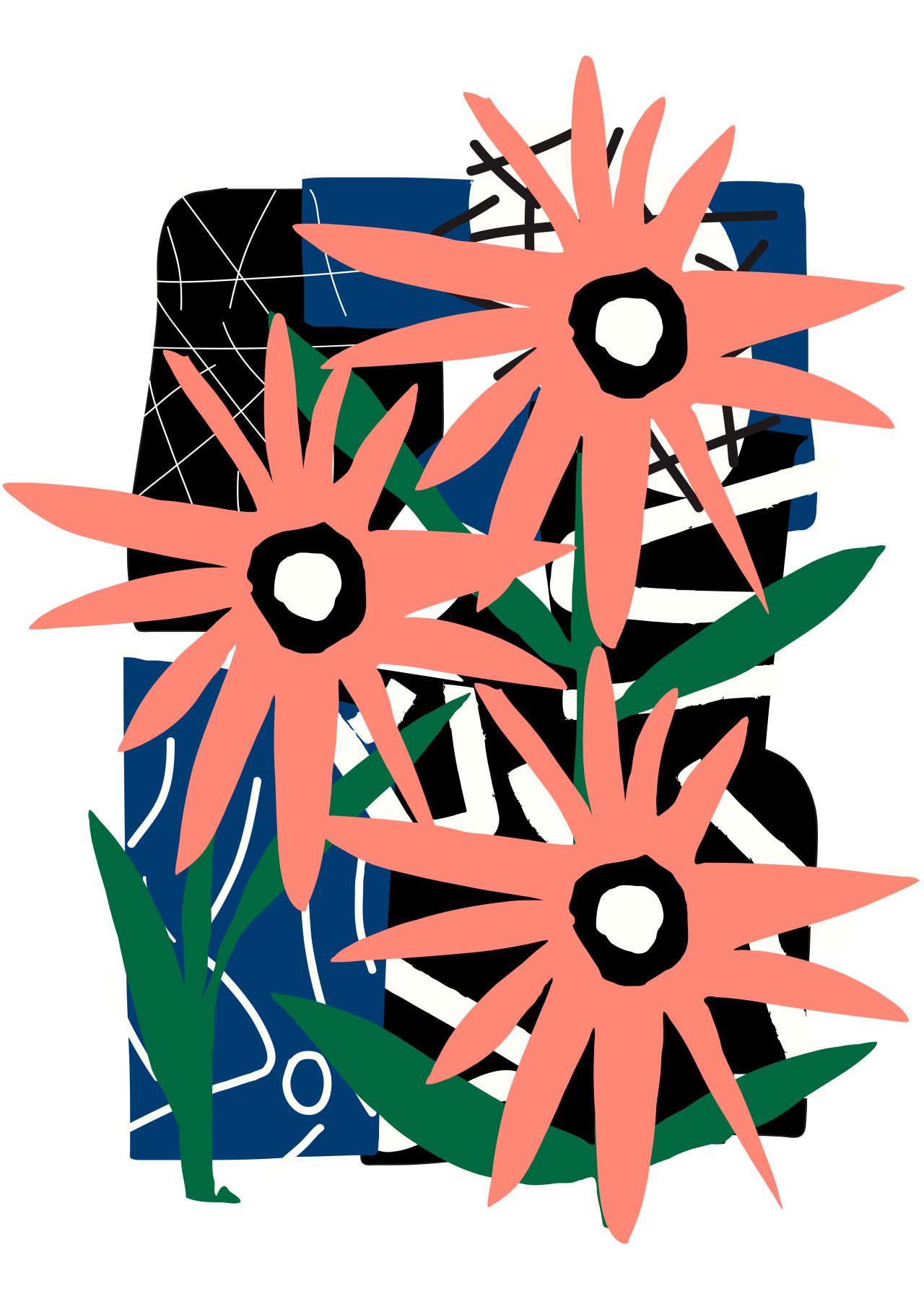 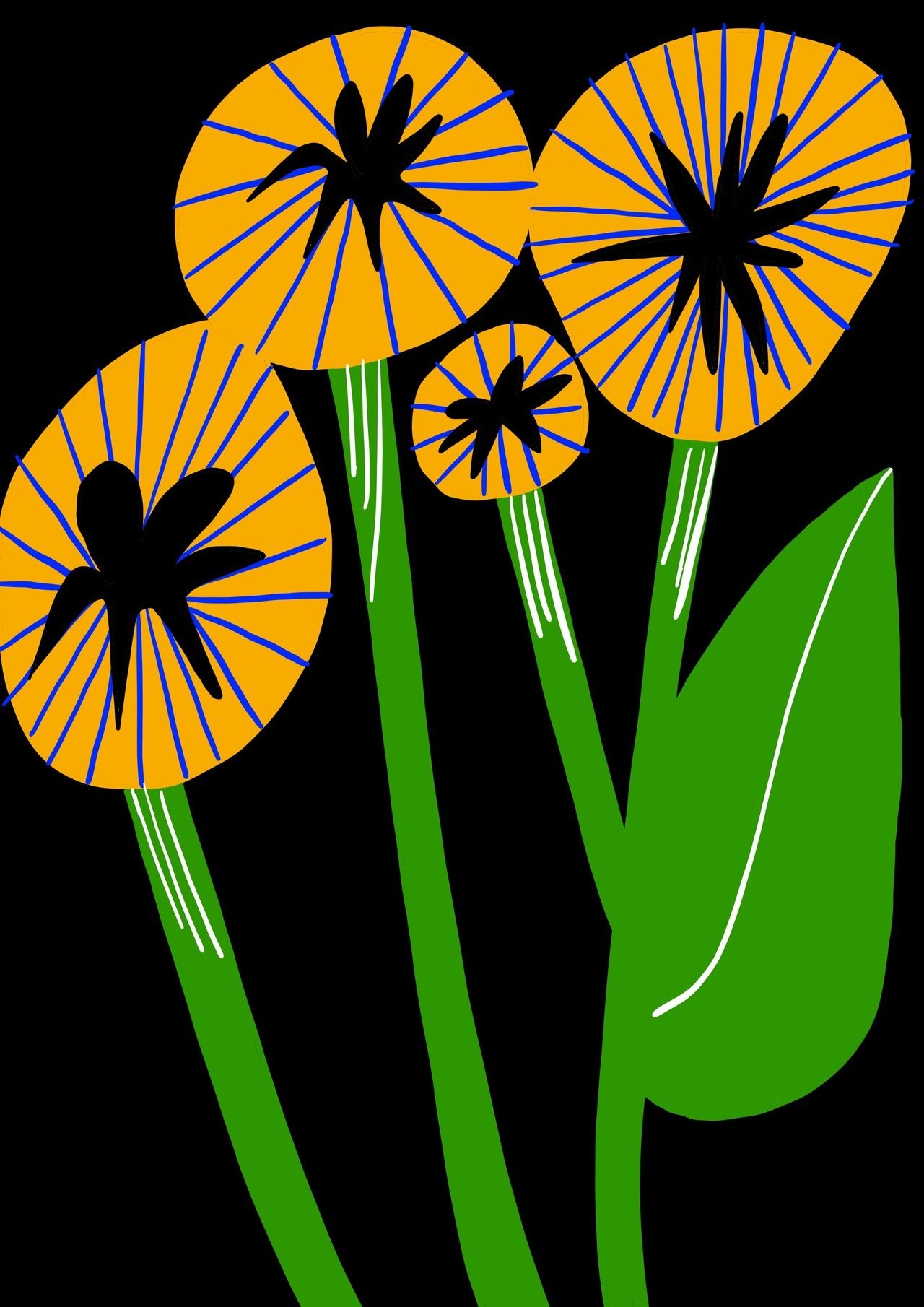 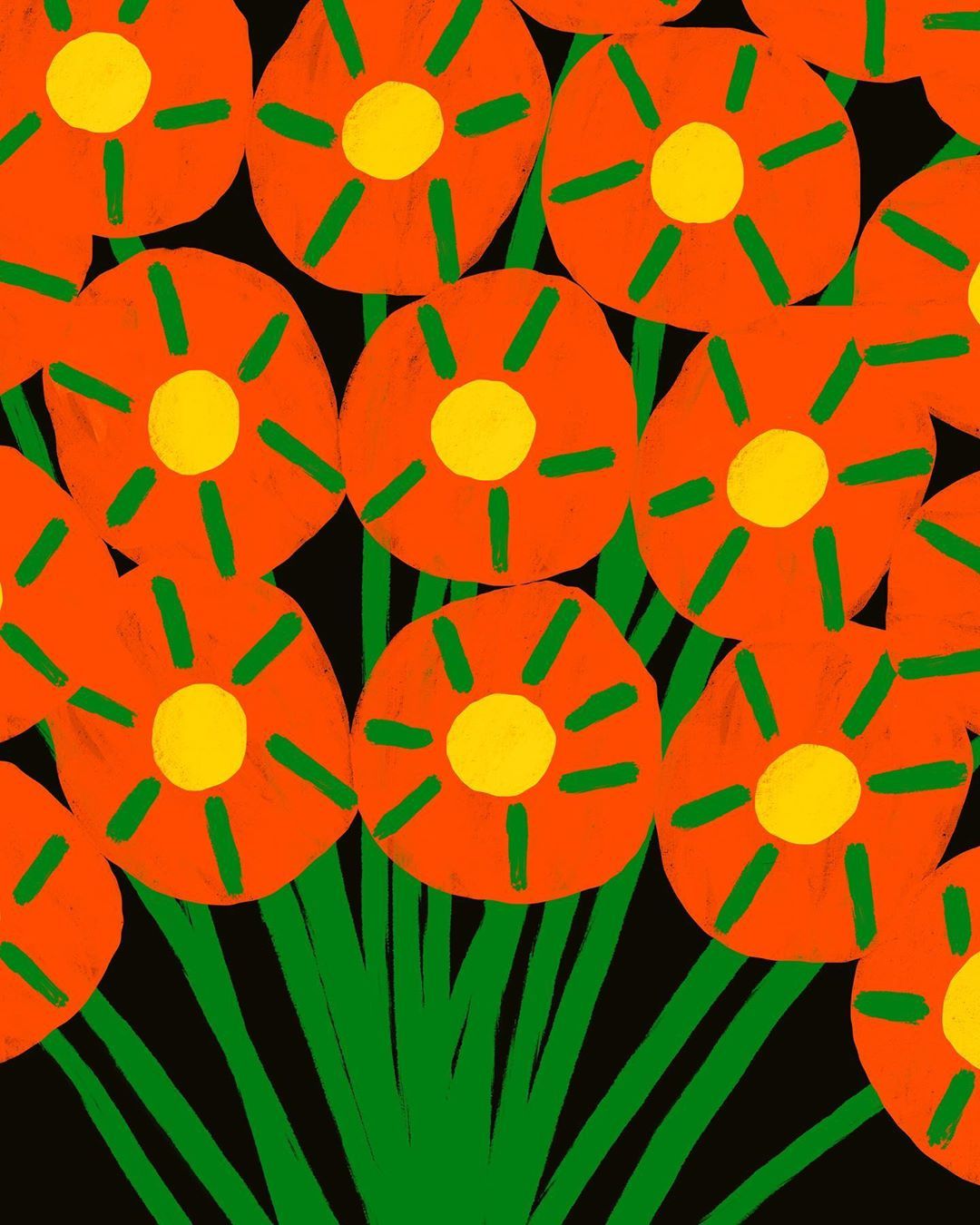 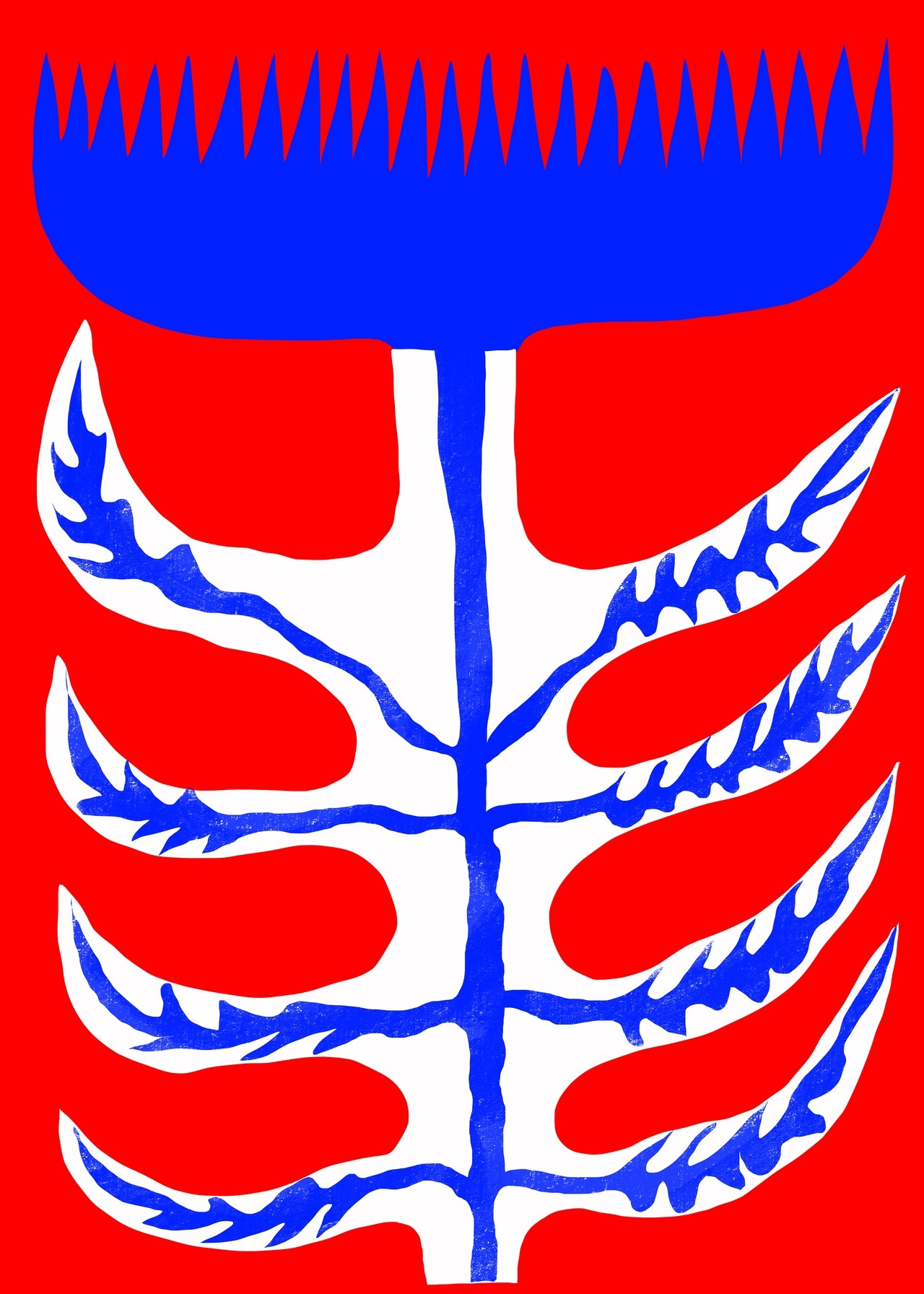 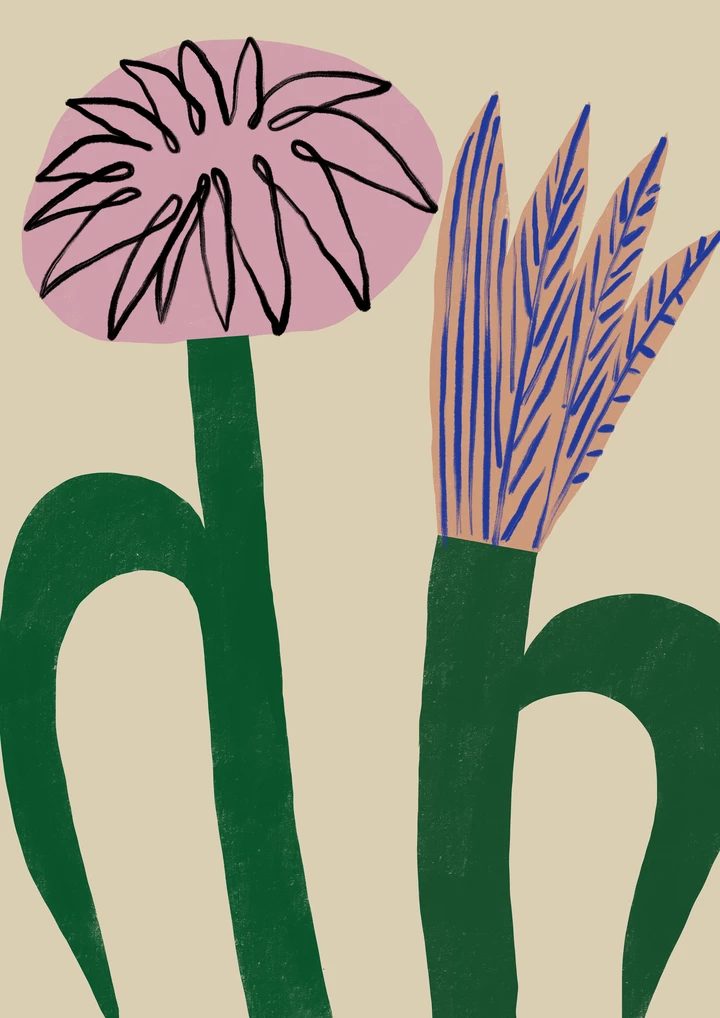 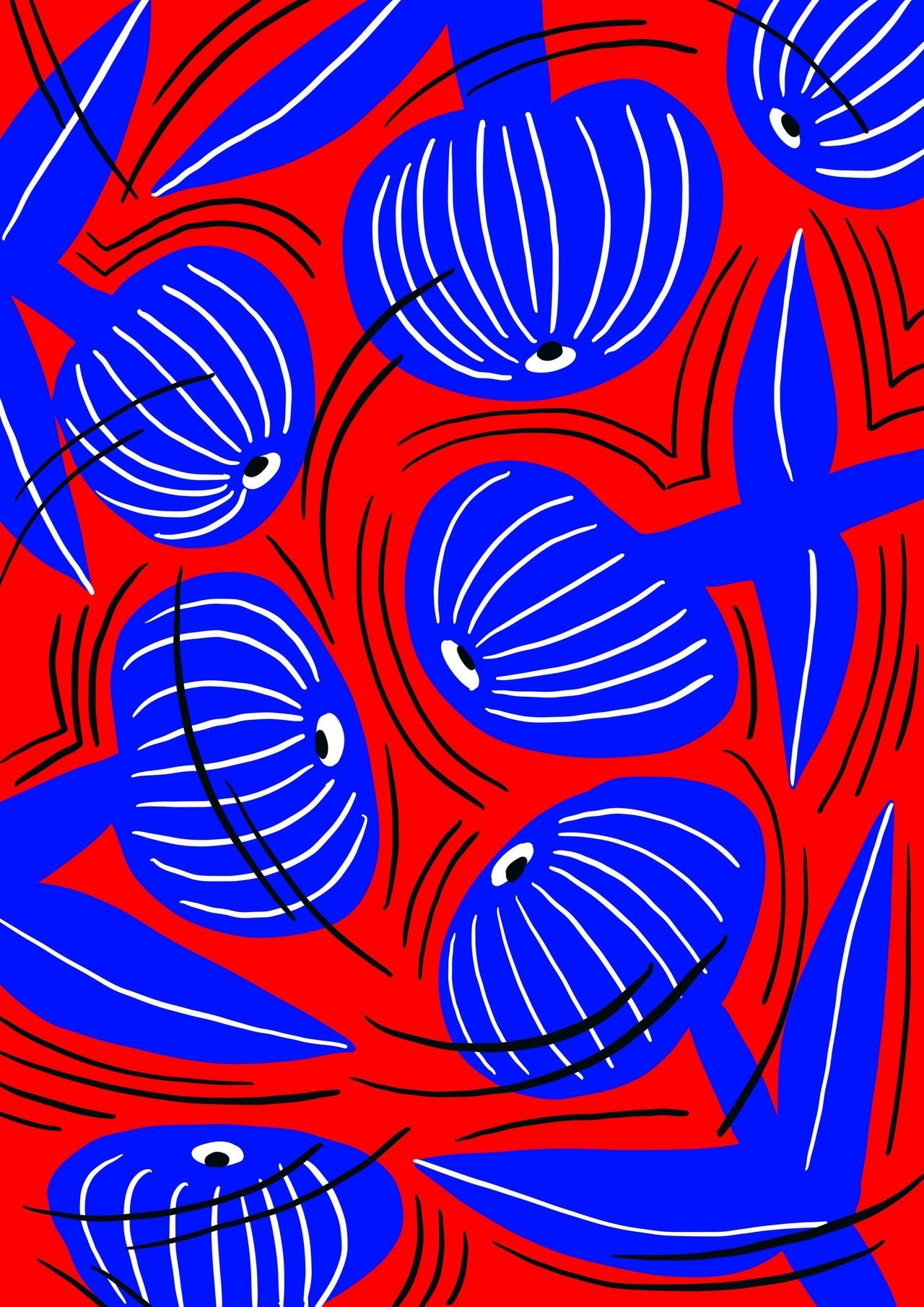