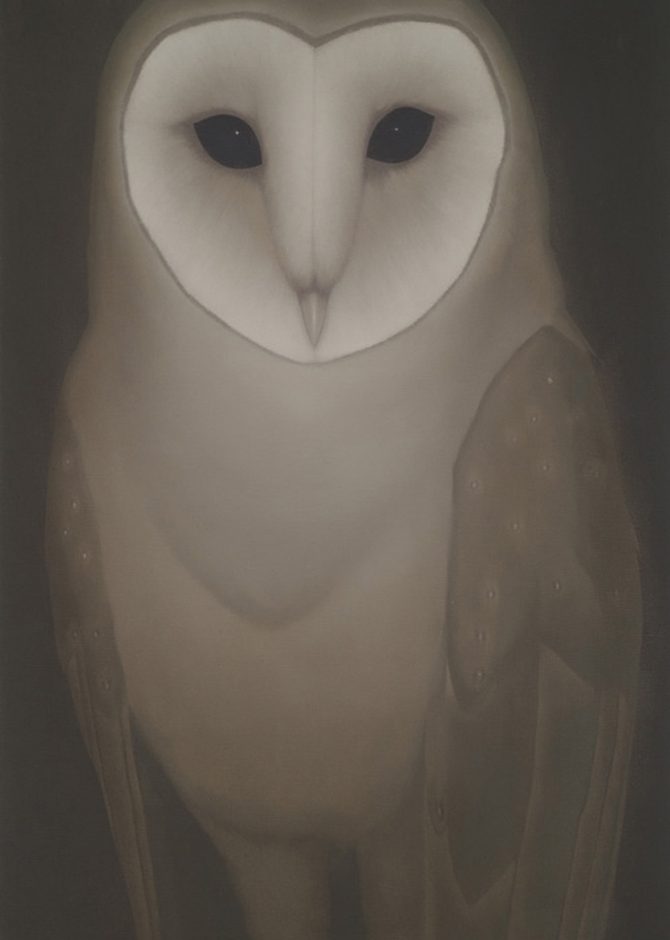 Peter Vos is a Dutch artist born in 1975 in Utrecht. He currently lives and works in Amsterdam. The artist must not be confused with the other Peter Vos Dutch, known for his ornithological drawings, born in 1935.

It is after having produced a series of landscapes departing from their flora and fauna that Peter Vos starts his series on the nocturnes called Heart of darkness. It exploits and tries to render on the canvas the shapes, the details and the textures of plumage and fur of the nocturnal animals of different forests. There seems to be a direct affiliation with the Romantic movement, one thinks of Friedrich for this turbid light. But Peter Vos inspires in his works a darkness and a dramatic tone that gives a strange point of view on this fauna taken in close-up. The paintings created by Peter Vos, soft and ethereal in their technique, reflect his passion for the natural world. And it is with this naturalist look that he brought back from his many trips and hikes a very personal perception of the fauna.

The artist graduated in 2002 from the Rijksacademie in Amsterdam and exhibited his work in the same school in 2001. In 2007, the Aschenbach & Hofland Gallery in Amsterdam hosted the artist’s work in a Monographic exhibition.