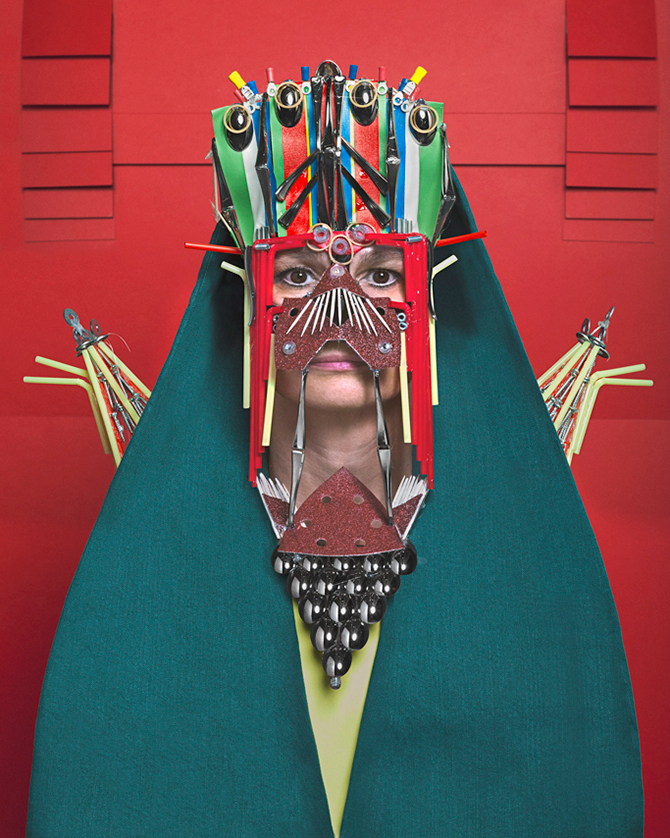 Marie Rime is a photographer from Switzerland. She graduated from the Ecole cantonale d’art de Lausanne in 2014. She then took part in several collective exhibitions in Switzerland, and notably the 17th VFG young talent promotion prize at the Oslo 8 gallery in Basel. Armures is a serie of women’s portraits in suits realized with objects of the everyday life. With this project, Marie Rime created a relationship between the war, the power and the ornament. The forms are geometrical, colored, they override the identity of the women who carry them. In April 2014, she won the Public Prize/City of Hyères prize at the 29th Fashion and Photography Festival. Her photographs have been published in various newspapers and websites including The British Journal of Photography, Du magazine, The Observer, The New York Times Magazine. com, The Guardian.com, It’s nice that. Marie Rime currently lives and works in Paris, for a residency at the Cité des Arts.

Marie Rime’s work is published in the portfolio pages of Cercle #4: Costumes.