Hylozoism is a philosophical doctrine which considers that each matter is a living being animated with its own life. The Hylozoic series, initiated by Canadian architect and artist Philip Beesley, is an experiment that explores the savagery of the modern world, the organic and robotic mode of representation, and the bridge that can be created between the world of anime and the world Of the inanimate. Questioning the future of reactive and interactive architecture, the architect invented fantastic structures of transparent acrylic, interactive networks and lights reacting to movements, to form this dreamlike vegetation, between dense forest and human body organs. The cold and crystalline beauty of this biotechnological foliage is quite troubling. Mobile Forest shown in the video below is the sixteenth and final piece created from the Hylozoic series, in 2012. Philip Beesley was chosen to represent Canada at the 12th Venice Biennale of Architecture. He is also Professor of Architecture at the University of Waterloo and Director of the Center for Visualization, Design and Integrated Industry at the University. 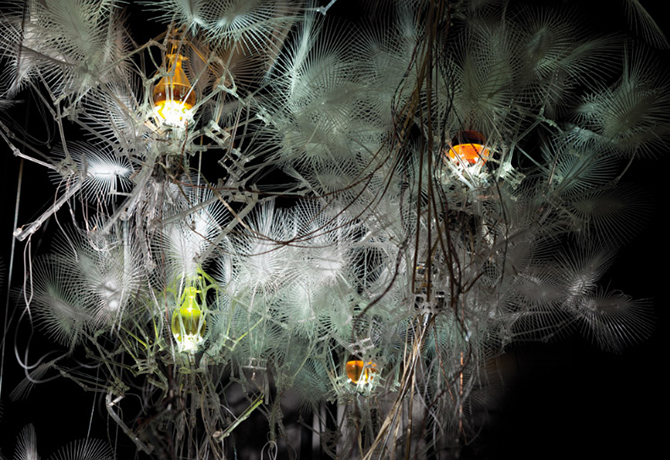 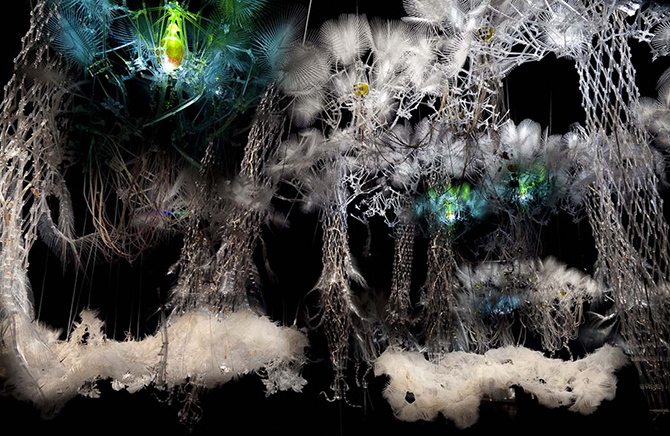