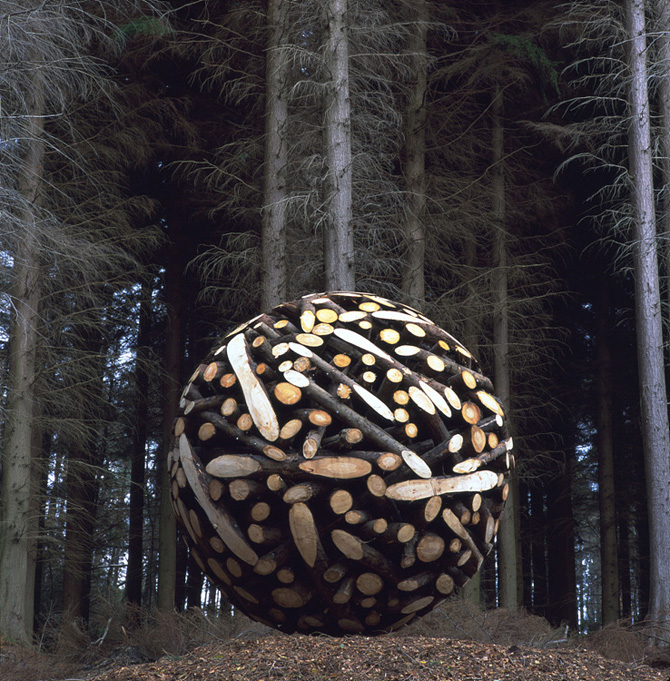 Lee Jae-Hyo is a contemporary Korean artist born in 1965. His sculpture work is remarkable for his ease in submitting materials to the form he wants to produce.
This is especially true when one observes his wood carvings. It condenses and tritters matter as if it were simply rubber. Lee Jae-Hyo produces strange spheres composed of pieces of wood recovered in forests.

In 2002, the visual artist won the International Prize for Forest Landscape Sculpture.

In 1992, the artist obtained his B.F.A in Plastic Arts at Hong-ik University. Since then, he exhibits his works throughout Asia, whether under a museum or in-situ environment, the pieces produced take on a strange and fascinating dimension. The identity of the material, thus constructed, finds itself upset and torn away from its structural status.


Lee Jae-Hyo recently exhibited in London and New York, and his works can be seen at the Sungkok Museum in Korea. 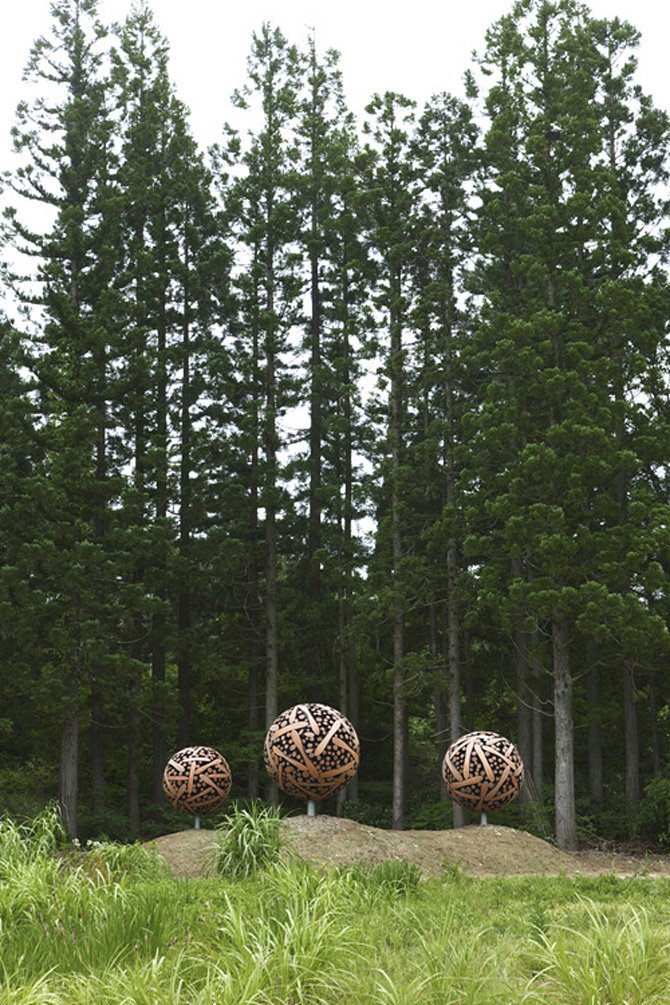 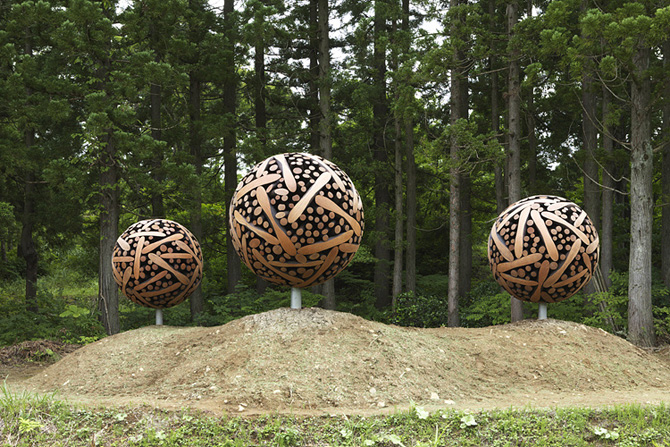 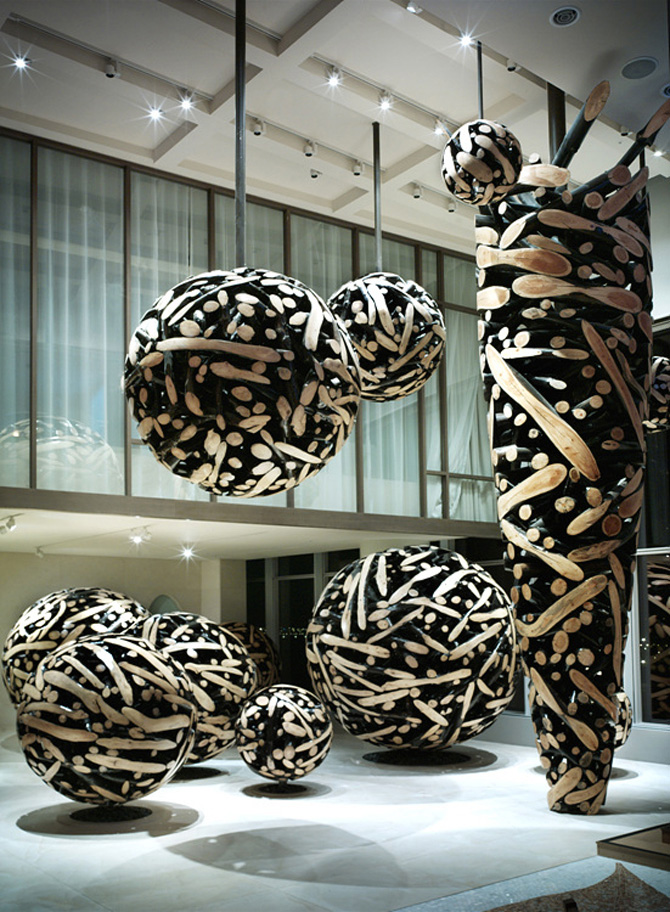 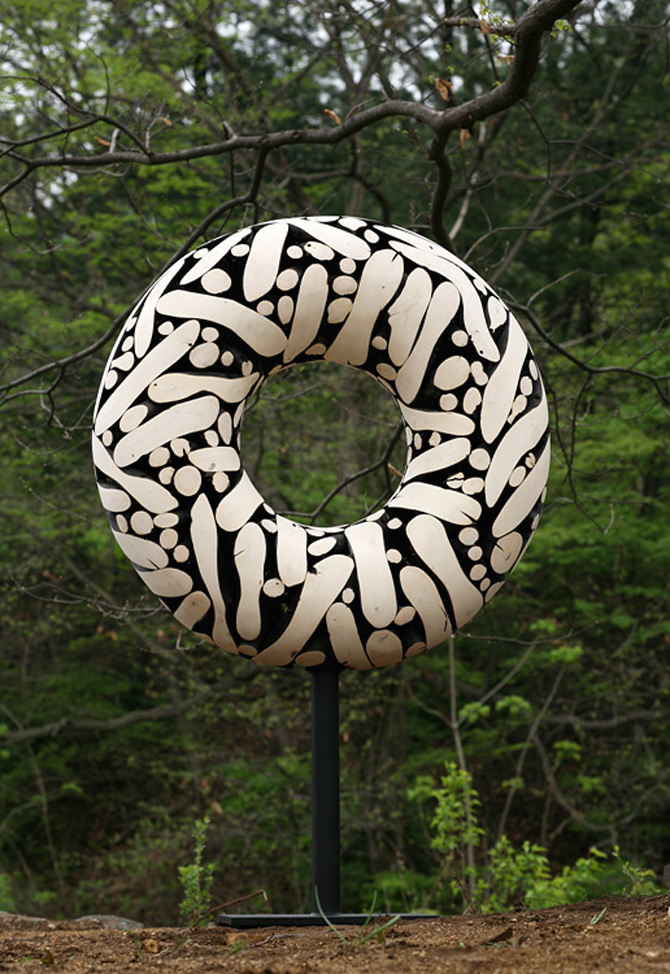 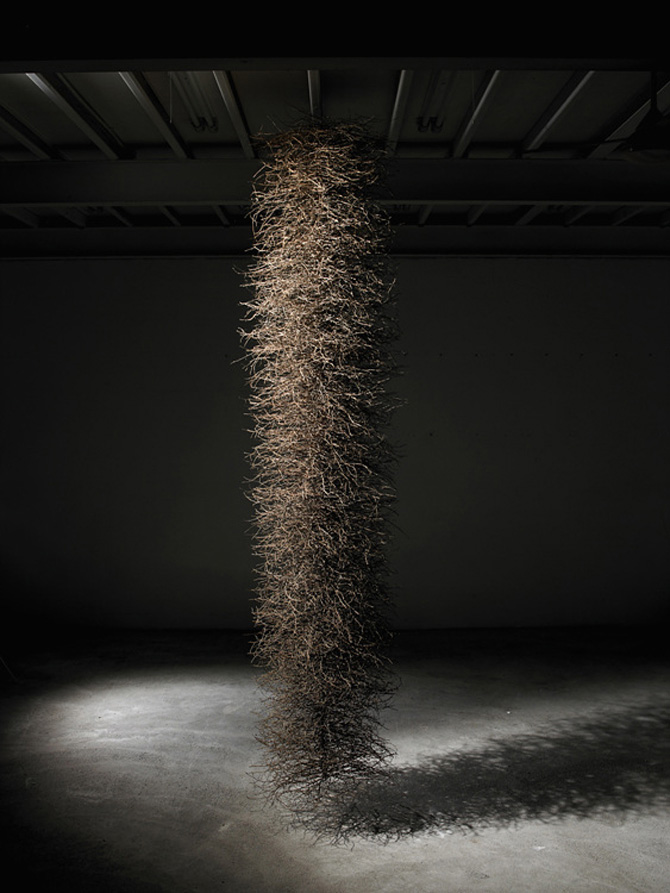 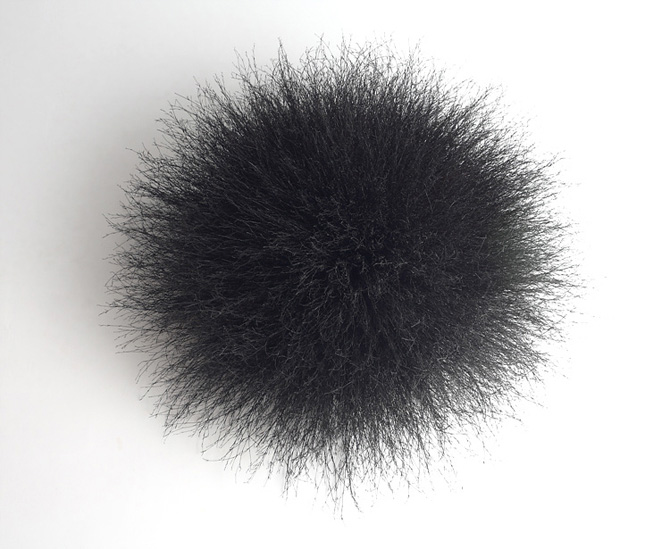