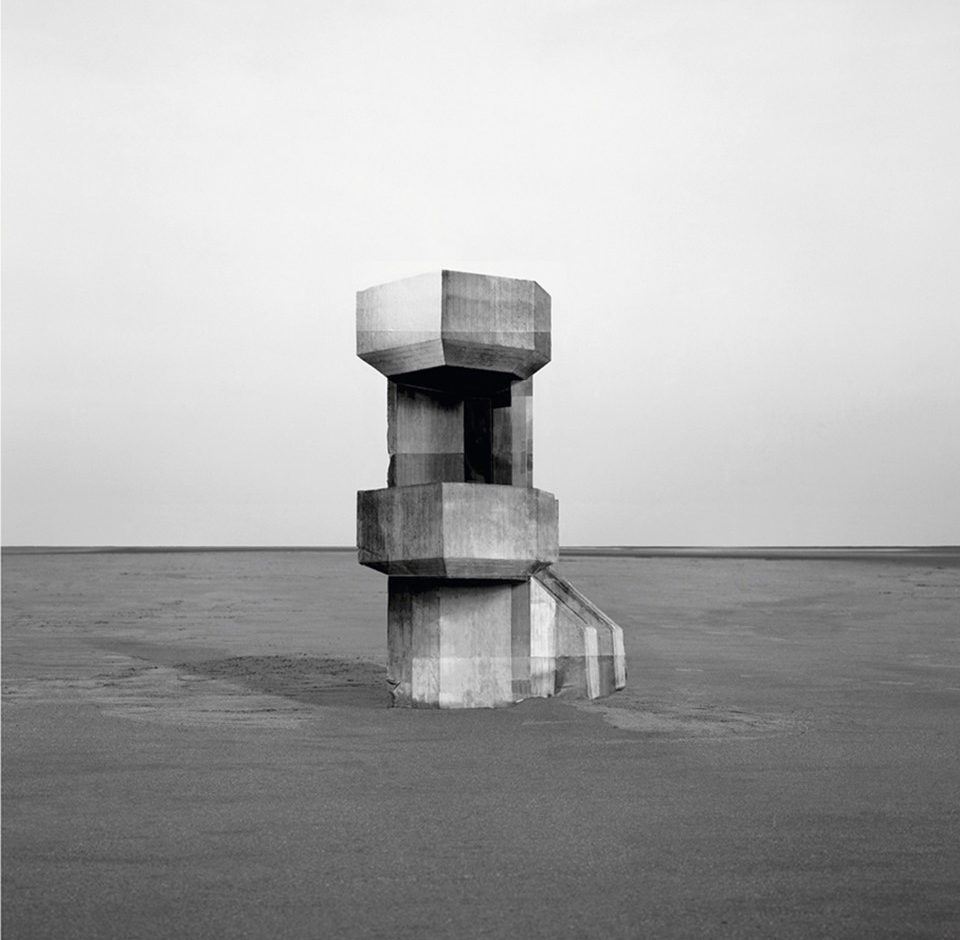 Noémie Goudal is a french artist who lives and works between Paris and London. Fiction meets reality in her photographic work. In 2010, she graduated from the Royal College of Art and since, she has worked on many series. She produces images using a documentary aesthetic style, but the observation reveals dream and illusion. In the Observatoires series, produced in 2013-2014, she shows many science fictional architectures in quiet landscapes. Her work evokes images of german artists Bernd et Hilla Becher, whose interest is focused on industrial buildings with objective black and white photographs. Noémie Goudal’s work shows utopian architectures without spaces nor time. It’s an encounter between realistic documentary images and dreamy illusion. She has used methods that blend traditional photographic technique with physical manipulation to create imagined architecture made with paper and scotch in real landscapes.
She currently exposes till the 2nd of december at the Galerie les filles du Calvaire in Paris. Noémie Goudal is represented by the Galerie Les Filles du Calvaire (Paris) and Edel Assanti (London).