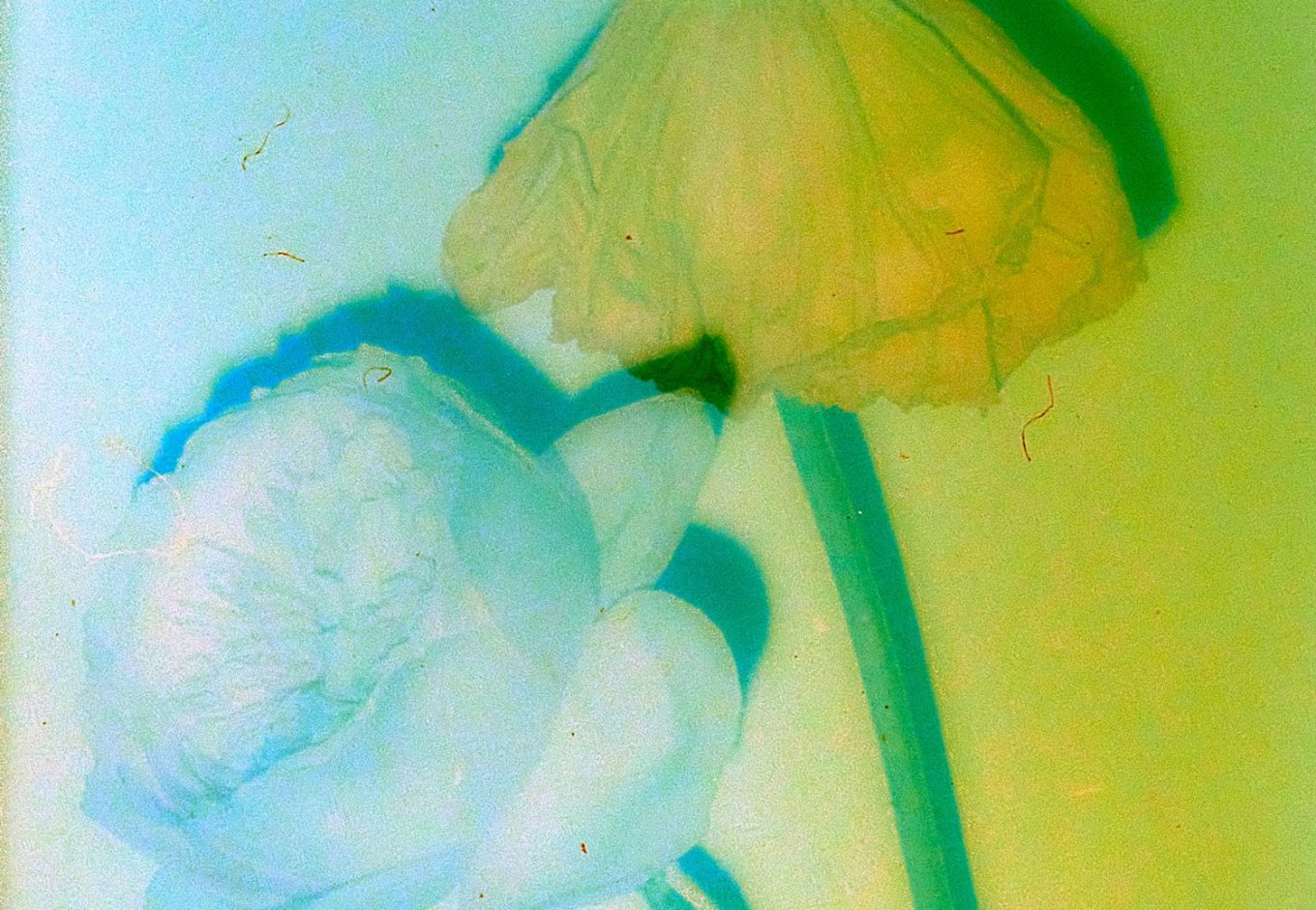 Erwann Steglich-Petersen is a young photographer who trained as a director at ESRA (École Supérieure de réalisation audiovisuelle) in Paris. He is gradually making his way in the world of images, experimenting and developing a certain taste for the accident. His recent series Chromax (2021) is the result of an error in the scanning process. From this experience, shots are created in which curious flowers with acidic hues are superimposed.

How did you get into photography?
I went to film school, which allowed me to meet people, build a network and love images. Initially, I wanted to learn to write and direct films. Following these three years of training, I had the opportunity to exhibit my photographs at the Halle des Blancs Manteaux during the Togaether festival (2017) and this is how my career as a photographer began, somewhat by chance…

What is your relationship with the image?
As I am a very dissatisfied person, I try for each new photograph to do something different. I don’t know if I already have a strong visual identity or if I can identify with my pictures. I am still searching, I like to experiment with many different techniques, I explore… I feed myself a lot from exhibitions, especially photographic ones. Faced with images, I wonder about the process of the photographers and then I try in turn to capture reality by drawing on what I have seen and what has moved me.

How did the Chromax series come about?
I had just bought a new camera (a Contax TVS) and at that time I was starting to develop my own film. I really wanted to see what it looked like, so I captured what I had nearby: flowers. When I was scanning the negatives, I stopped in the middle of the process because I thought that the rendering was good as it was in front of my eyes. I went further in this technique, making small mistakes… It is thus at the level of the scan that things were altered, the colours that came out amazed me because they were no longer faithful to my initial perception of the flowers. I then juxtaposed several negatives to create effects of transparency and duplication.

What do flowers evoke for you?
I find flowers to be such beautiful objects that have both beautiful and strange shapes and colours. Flowers evoke ornamentation, still life, and a whole host of cultural and artistic references for me.