After years of international success, singer Maria Callas collapsed in her parisian apartment on September 16, 1977 at the age of 53.

From this sudden, lonely and still misunderstood death, performer Marina Abramovic created “7 Deaths of Maria Callas” : seven short films shown at the Bayerische Staatsoper opera house, in Munich. The Serbian artist reinvents seven emblematic representations of the “Divina”. And all of which have the same purpose: the death for love.

Accompanied by an orchestra and female singers, the broadcast of these cinematic works on the big screen depicts Marina Abramovic being strangled by snakes (reminiscent of her own performance in “Dragon Heads”) or killed by a bullfighter (played by Willem Dafoe).

Finally, Marina Abramovic comes on stage in flesh and blood to play the real, yet tragic death of Maria Callas in Paris. 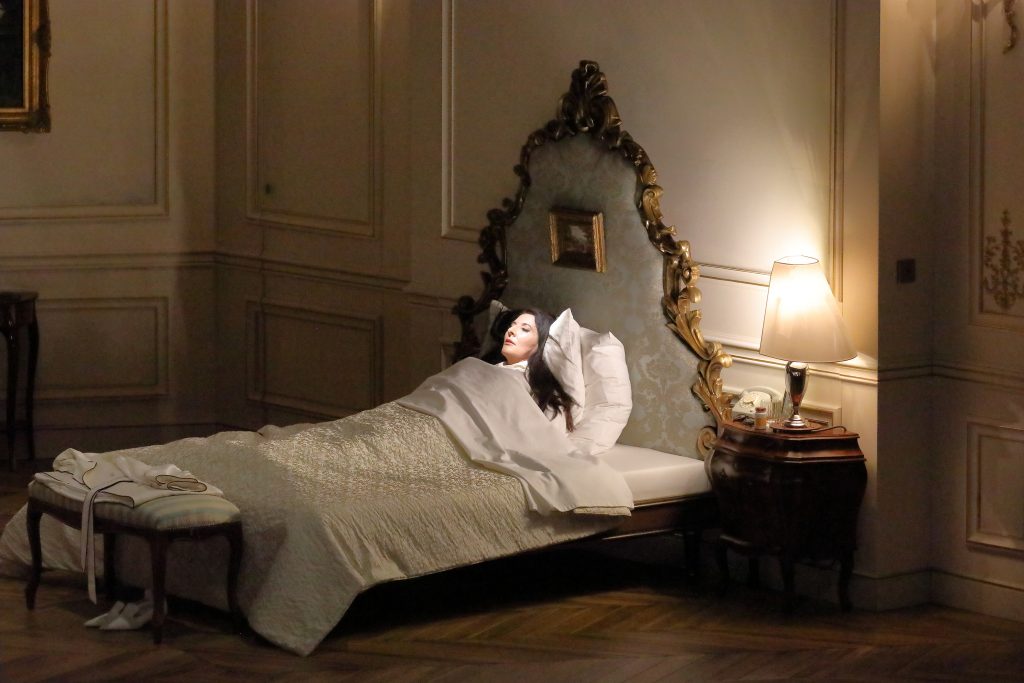 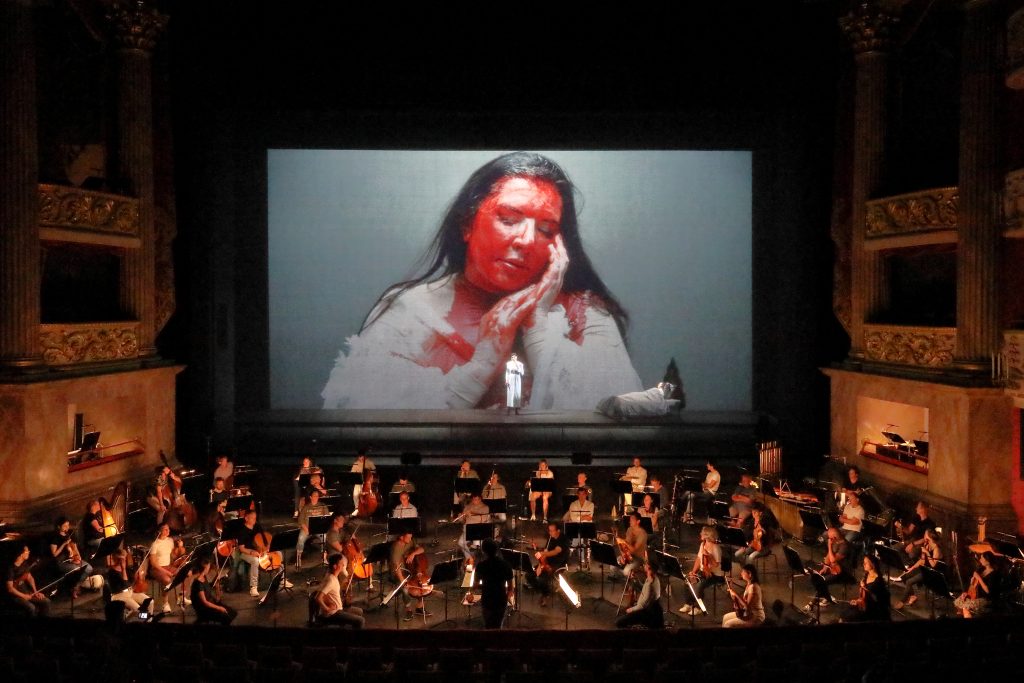 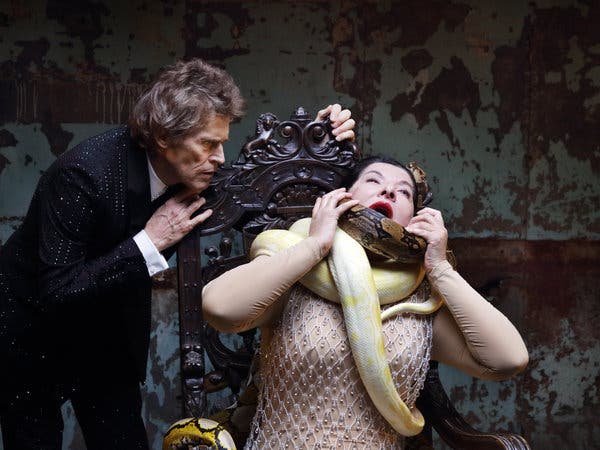 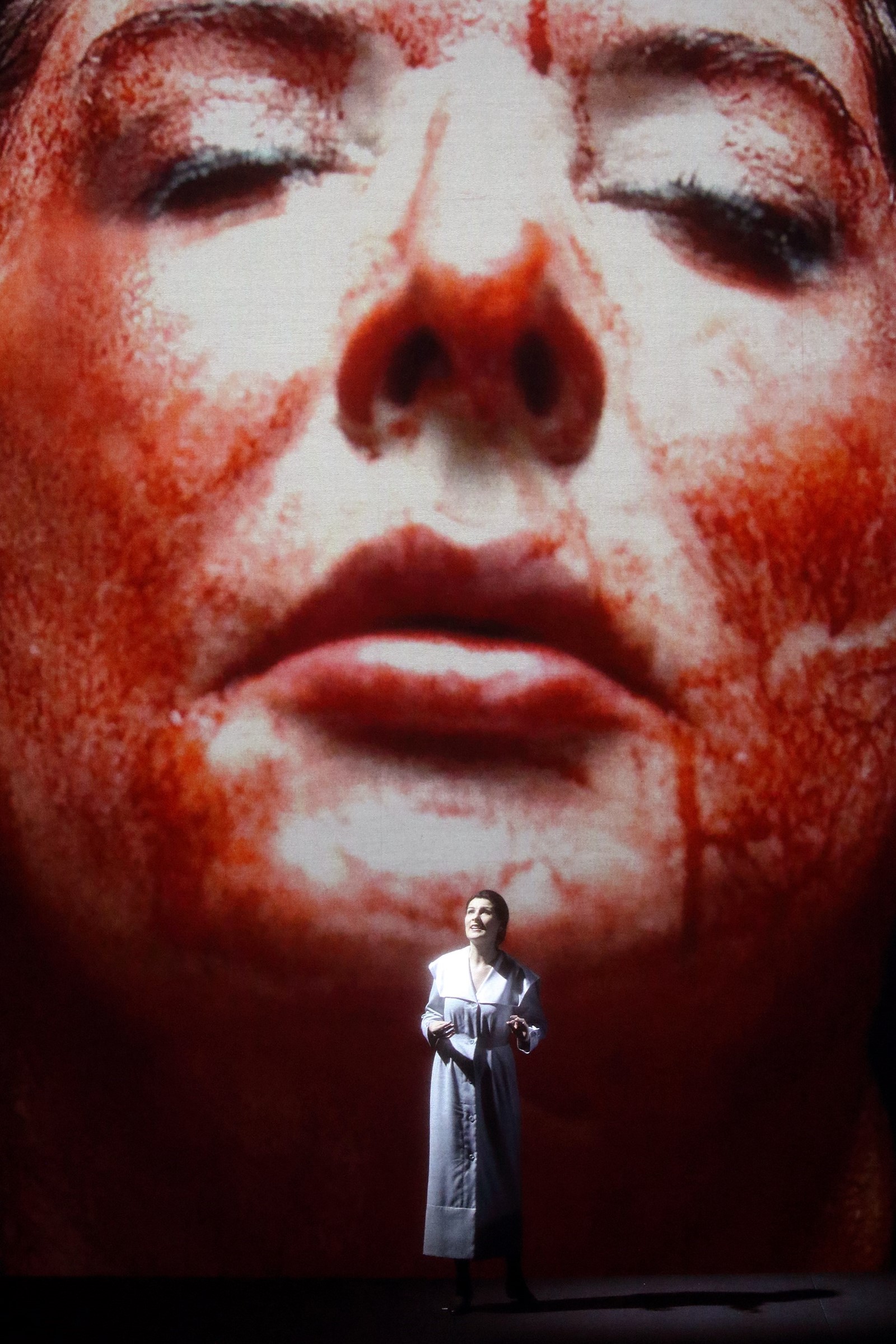 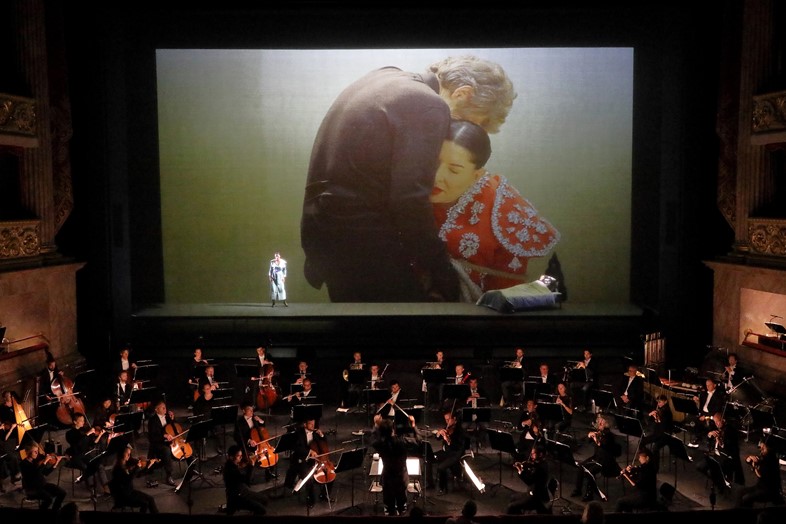 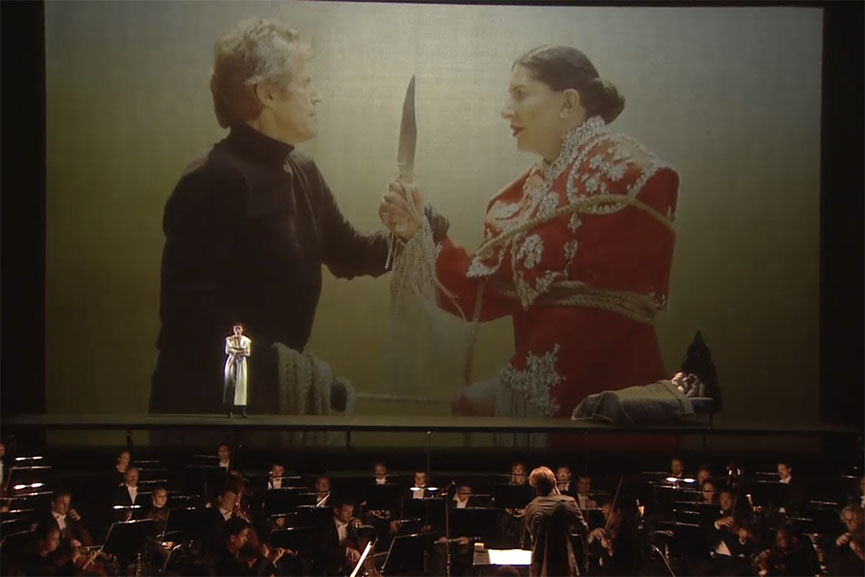 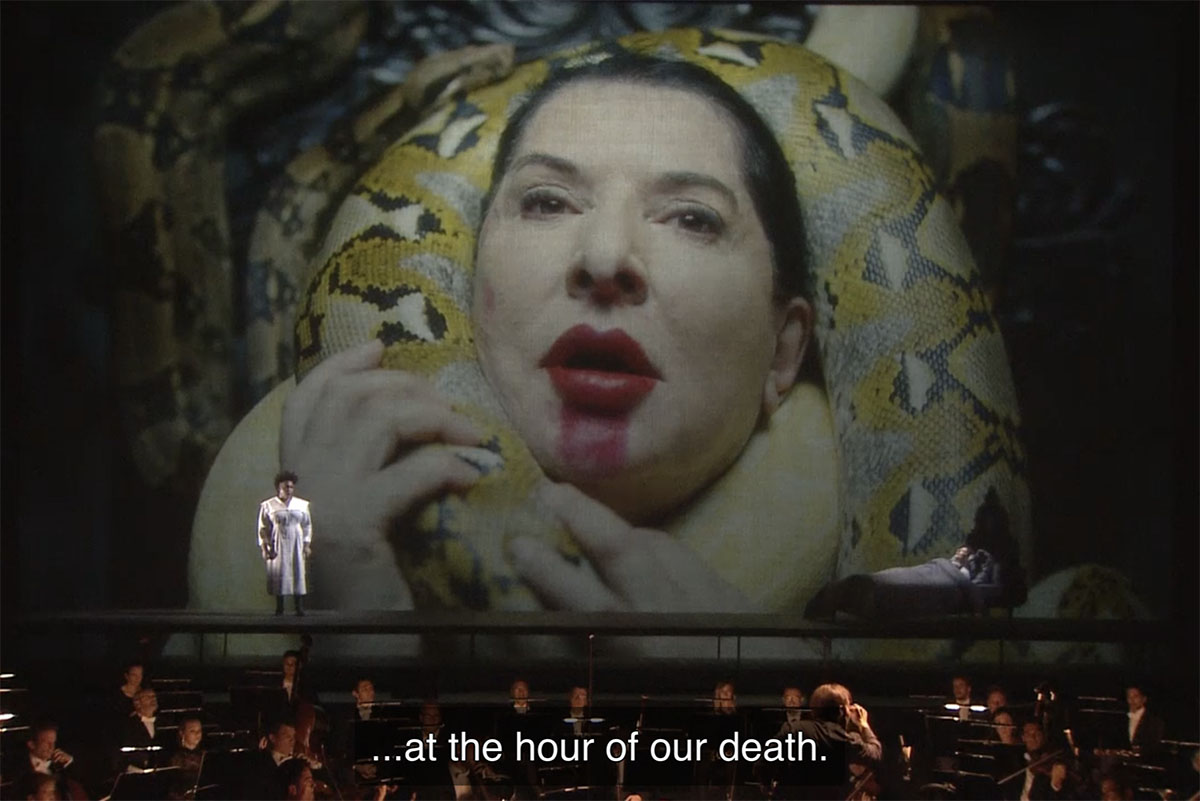 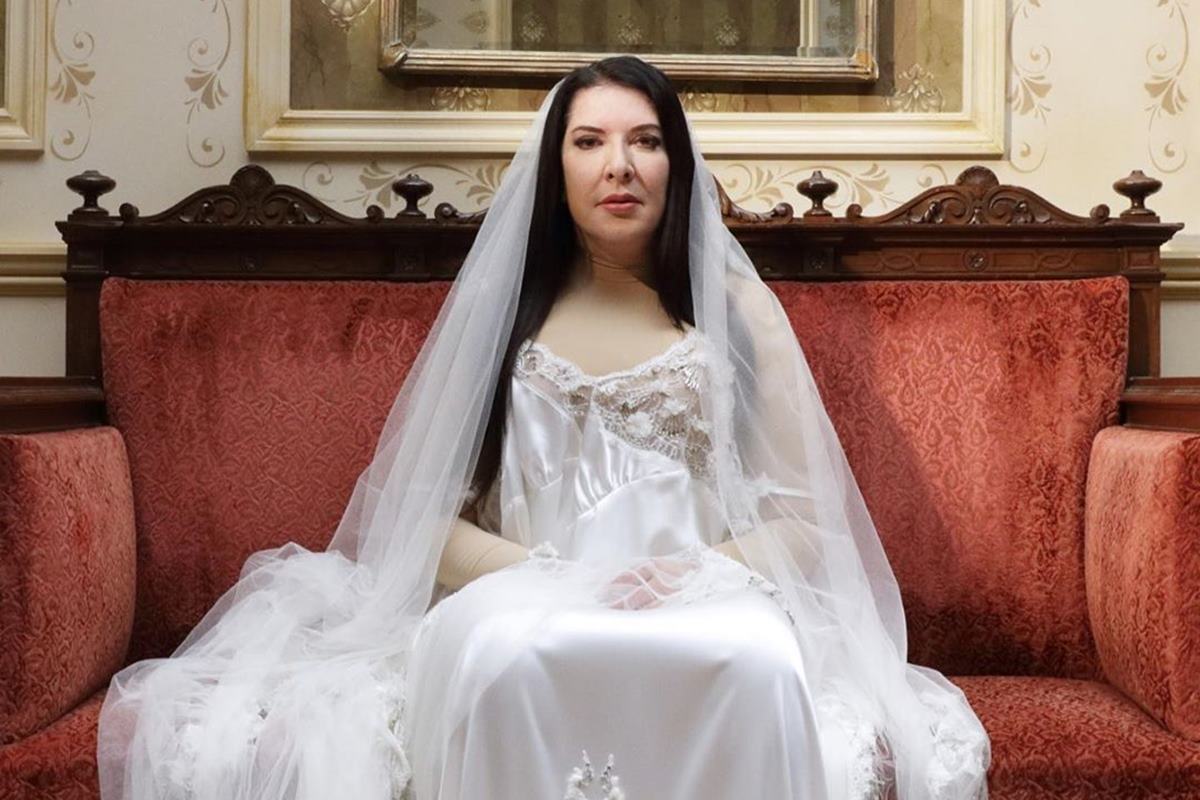