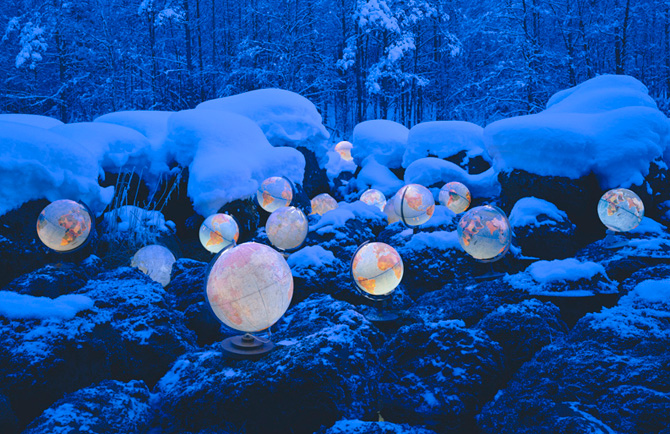 Rune Guneriussen was born in Norway in 1977, and studied at the Surrey Institute of Art & Design in England.
His work lies between photography and landart. Its installations around the objects began in 2005 and were photographed almost everywhere in Norway.
Staged in carefully chosen landscapes, the objects allow to tell stories, themselves inspired by Scandinavian nature and culture.
Rune’s photographs have been exhibited in many European countries, such as the House of Photography in Oslo, Bremen in Germany, and the National Gallery in Bulgaria.

The work of Rune Guneriussen will be present during the Paris Photo event from 15 to 18 November 2012 to be held at the Grand Palais in Paris.