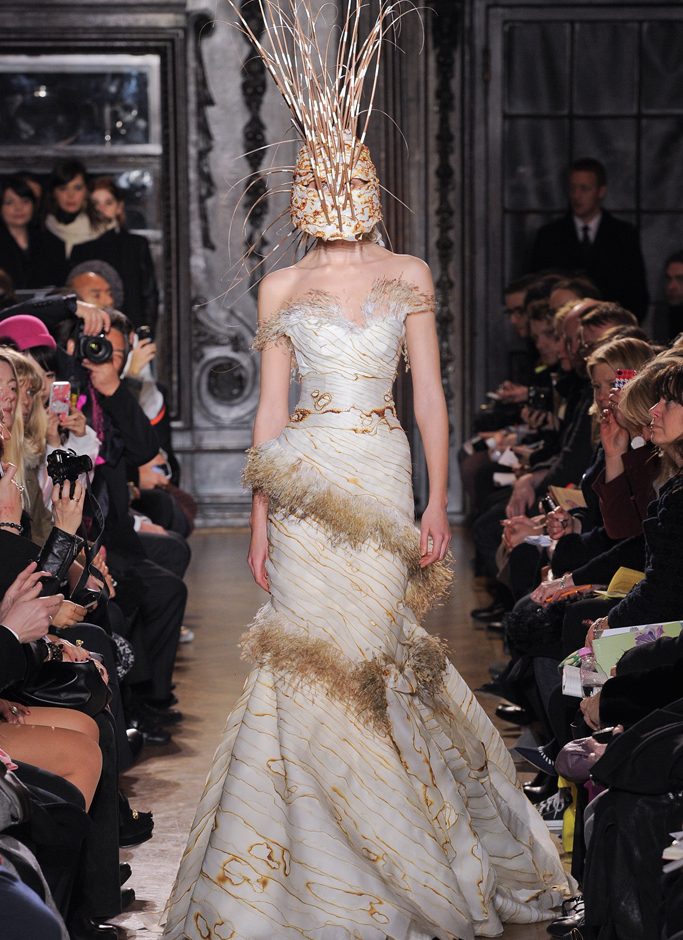 After graduating from the Central Saint Martins School in 1992, Giles Deacon worked with Jean-Charles de Castelbajac, Botega Veneta and the Gucci Group. It was in 2004 that this talented designer presented his first collection during the London fashion week. Adored by her peers in 2004 at the British fashion awards, in 2005 by Elle Best new designer and in 2006 as the British designer of the years, this artist plunges into formal tribal and animal writing for his latest autumn-winter 2012 collection. On the podium there was an exceptionally wild fauna: bird-headed women, insectoid helmets, and giant flowers as hats. Note also the delicate interlacings of brambles that climb on the dresses of the creator.
Its pre-collection spring-summer 2013 seems to make the most of printed matter. 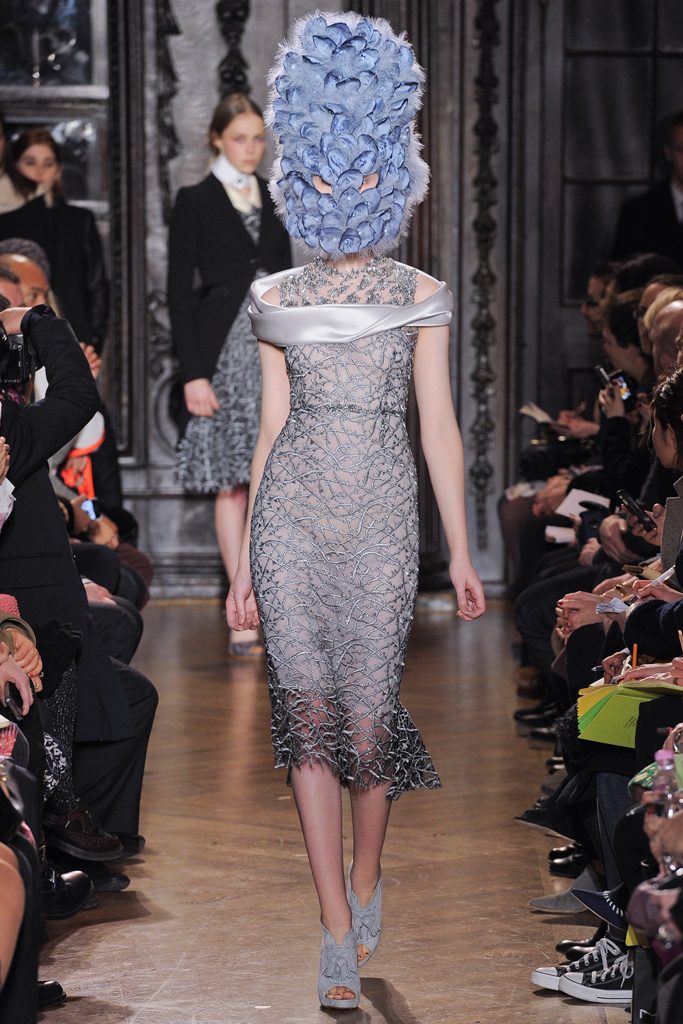 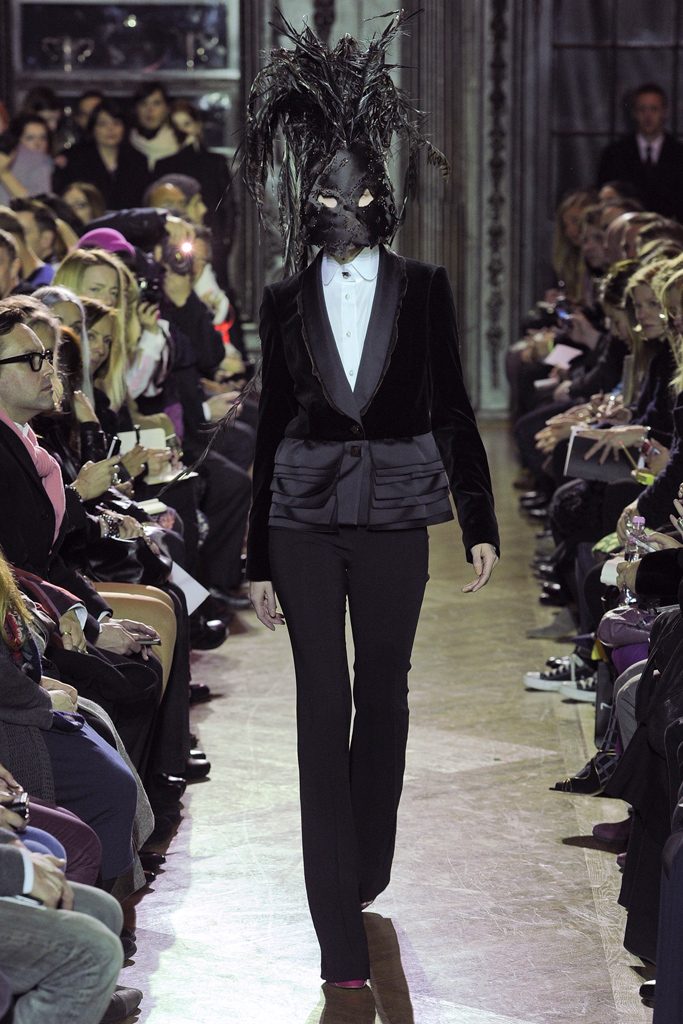