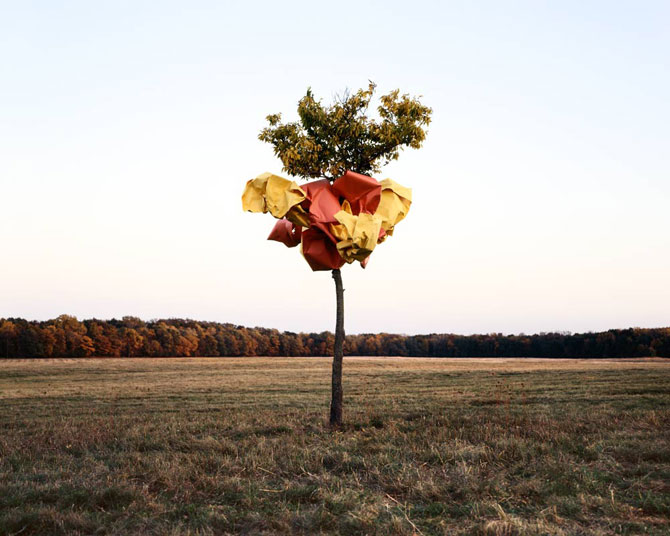 In this series, Dan Bradica creates sculptures inside forests. He then photographed them in a challenge approach to nature, artifices and perception.
Dan Branica grew up in a suburb of Chicago and his understanding of nature during his childhood was greatly conditioned by the presence of artificial parks. With this series, the artist tries to create an illusion of desert integrated into the forests of suburbs and undertakes to preserve them of time thanks to the qualities of photographic representation.
With this work, the artist explores what he calls “the illusory spaces”, whose forms are imposed by the environmental context and which seems already out of step with the latter. Dan Branica looks first at our perception and our interpretation of nature.

Dan Bradica lives and works in Chicago where he obtained his BFA at Columbia University in 2011. His work is visible internationally, including exhibitions at the Catherine Edelman Gallery and the LVL3 in Chicago at the Walker Point Center For the Arts in Milwaukee and the Ping Yao International Photography Festival in China.