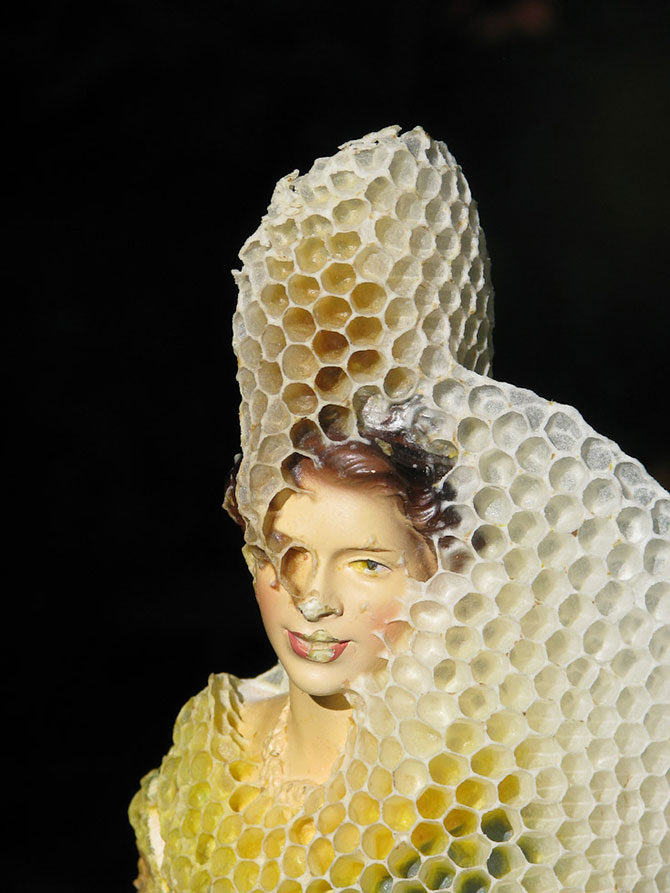 Born in Manitoba in 1937, Canadian artist Aganetha Dyck has been interested in communication between species for a long time. Her research led her to look into the disappearance of bees, whose population dropped by 50% in Europe and North America.
For several years, Aganetha Dyck has collaborated with those tiny workers to create different series of delicate sculptures constituted of porcelain figurines, shoes and other objects placed in special beehives for several months. Working with insects can ensue in unexpected and sometimes comical results. The artist believes this puts man and his constructions in perspective with their temporality and relationship to nature and proves through her pieces that humanity’s destiny is related to insects’.